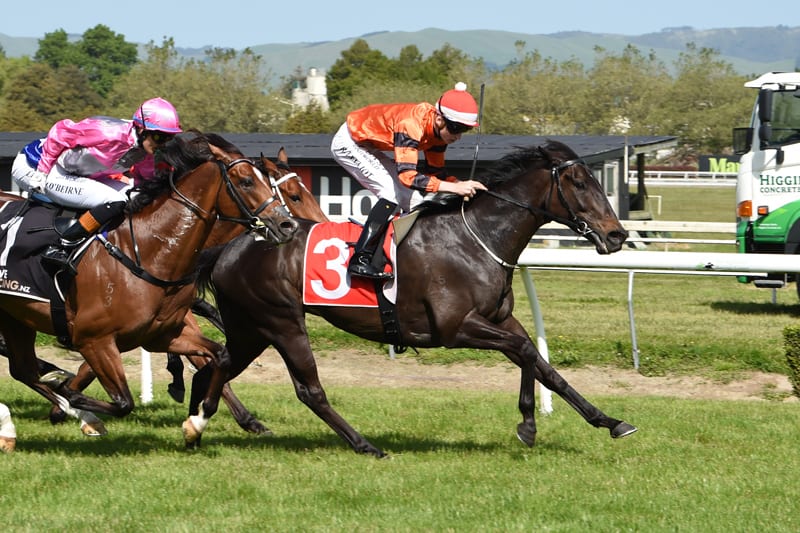 Last year’s runner-up Wyndspelle went on to win the Captain Cook Stakes at his next start, success Elliot is hoping to emulate. “I’d just love to win a Group race with him, and he deserves to. He’s been unlucky in a few big ones. And he tries so hard,” Elliot said.

Rock On Wood has won six of his 15 starts and also finished six times in the top four in Group races, including a third-placing in this year’s Group 1 Herbie Dyke Stakes (2000m) at Te Rapa. He resumed with a short-head second to Hypnos in the Group 3 Spring Sprint (1400m) at Hastings last month, the winner going on to win last week’s Group 2 Coupland’s Bakeries Mile (1600m) at Riccarton, a result which has buoyed Elliot.

“That was good to see,” she said. “It was a good run at Hastings. He likes a bit better track but he came through it well and he has trained well since. I had intended to start last week in the open 1400m race at Awapuni but they cancelled the race. “This race was his first start back last year so he’s a lot further forward for it this time. He’s come back pretty good. He’s a lot more mature and relaxed.”

Elliot races Rock On Wood with her mum Jill Ker and sister Yvonne Ker, the trio having outlayed $26,000 for him as a yearling during the Festival session at Karaka in 2016. “We don’t spend a lot of money. Redwood was quite a new sire then and he was a little bit small but nicely put together. It was a little more than we wanted to spend but Mum loves bidding,” Elliot recalled.

“We’ve had quite a few offers over his career but Mum’s got the last say and she doesn’t want to sell him. I just love having him around. He’s just so easy to do anything with. He loves his work.”

Rock On Wood would take his earnings past $200,000 with a top-four finish on Saturday but Elliot, who rides all his trackwork, was just hoping for a bold trial for the weight-for-age Captain Cook Stakes on December 5. “He’s got the weight (61.5kg) I expected. He’s just got to run and be competitive. He’ll go a good race. He just needs the run to have him spot on for the Captain Cook.”