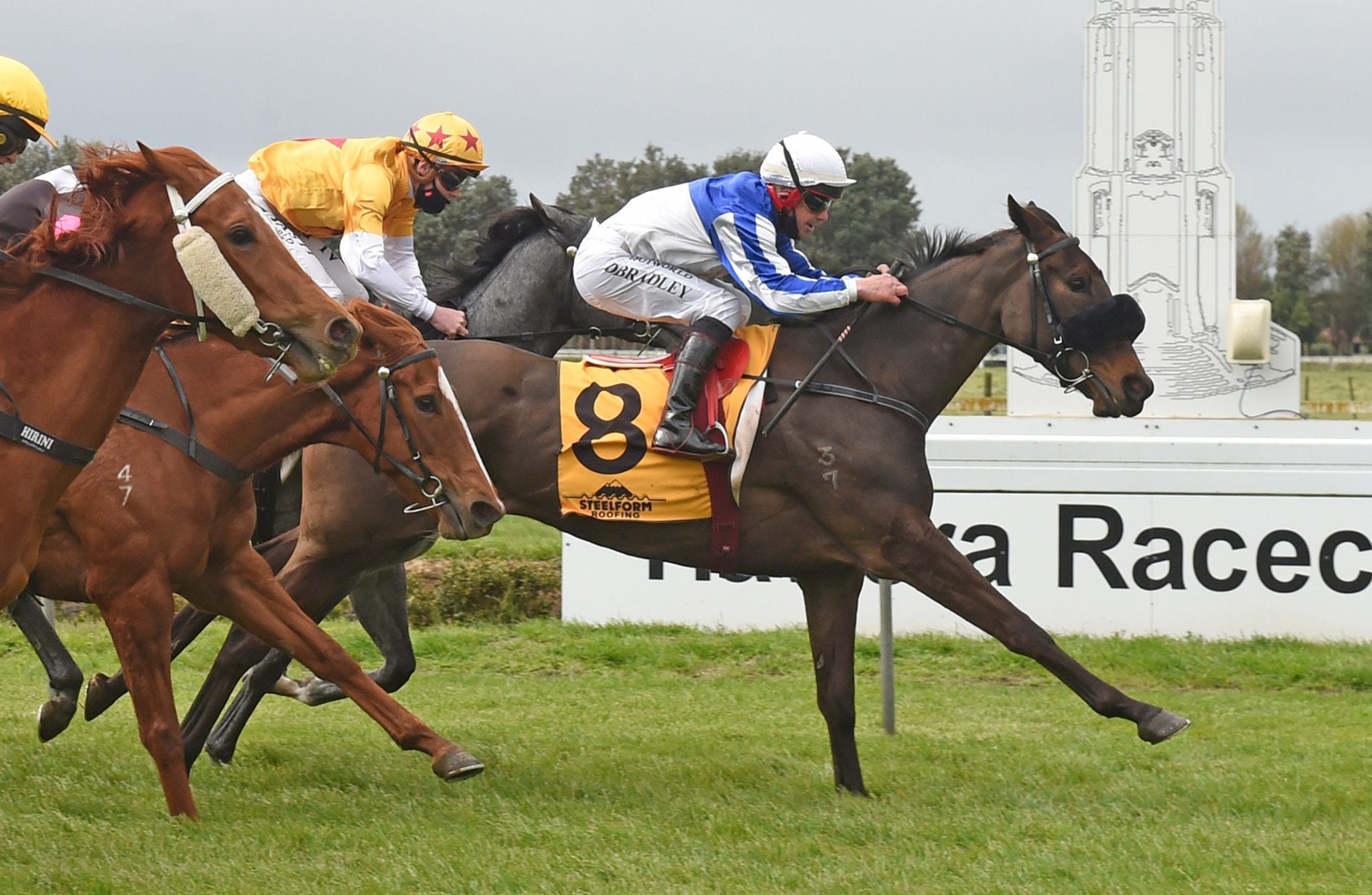 Manawatu horseman Bryce Newman is looking to take his racehorse training operation to new heights. The accomplished equestrian has held a trainers’ license since 1999 but has only ever had a handful of horses bound for the races.

Newman, who “chases a few cows around” on his 550-acre property in Bulls, previously focused mainly on pre-training whilst also juggling the rigours of eventing at elite level. “We used to do a lot of pre-trainers but in the last couple of years we’re turning more and more to training,” he said.

“We’ve got our core clients who we still pre-train for. We were pre-training when I was still eventing but I stopped that a couple of years ago. “I’ve only been training seriously for two years but I’ve held my license for a long, long time. Even when we started off with Gorbachev, we only had him and one other.”

The 2019 winner of the Group 3 Wellington Cup (3200m), the staying efforts of second-hand galloper Gorbachev helped put Newman on the racing map and the trainer is now looking to some younger members of the team to follow up.

Newman will saddle progressive three-year-old Love For All and in-form mare Cruz Ramirez at Awapuni on Saturday and both look solid chances. Love For All takes on a strong field in the Group 3 Lawnmaster Eulogy Stakes (1600m) on the back of a runner-up finish to race favourite Shezzacatch at the same venue over 1300m last start.

“She’s actually a lovely quiet filly, she’s great to do everything with but she has always given the indication that she wants to get up on the bridle and is keen to go. “We’ve tried a few different things and we’re still playing around with gear a little bit. We’d just like her to be a bit easier on the bridle, especially if she’s going to get over more ground.”

With the Awapuni track rated a Slow8 on Friday, Newman said he was confident conditions would not be an issue for the daughter of Love Conquers All who broke maiden ranks on a Slow track at Hawera in September. “Both her trials were also on rain-affected tracks so there’s no concern there,” he said.

As a farmer and horse trainer, Newman admits he has mixed emotions when the rain tumbles down. “Gee we’ve had some rain. Beautiful rain. One side of me with the farming in mind thinks it’s amazing to get the rain and 20 degrees through November and December and we’ve got that much grass, I don’t know what to do with it,” he said. “It’s been an amazing growing season, but the other side of me thinks ‘crickey, I’ve got to get these horses going’.”

Leading rider Lisa Allpress will again partner Cruz Rameriez for Newman in the Naylor Lawrence & Associates 1500, with the five-year-old mare successful at her last two starts. “She’s got a little bit of form on off tracks as well,” Newman said. “She won on a hard track at Palmy last time, but I think she can handle a pretty off track.

“I had a conversation with Lisa yesterday and we’re happy to run and she’s drawn in the carpark as well, which is probably a pretty good place to be come the last race of the day. “She’s pretty tractable. It’ll just be up to Lisa as to what she wants to do. If there’s pace she can take a sit and if no one wants to go, she’ll go. She’s a lovely mare to ride.” A long-term aim for Cruz Rameriez is the Listed Wairarapa Thoroughbred Breeders’ Stakes (1600m).

Newman, who also dabbles in breeding and breaks-in their own horses, has the best of both worlds with a track at home, whilst also shipping off-farm for fast-work. “We have our own 1600m track on the farm and we go to Foxton to gallop, which is a great track and has good surfaces to work on,” he said.

“We find that taking them down there educates them a bit more and we can go a couple of times a week for gallops. “We can vary the work on the farm. We can jump them, they can do hill work, they can go around the farm chasing cows or just work on the track at home. They get a variety of work.”

Meanwhile, Newman will aim Gorbachev for the Group 1 Barfoot & Thompson Auckland Cup (3200m), with the set weights and penalties conditions to suit the veteran stayer.

Newman also reported that multiple stakes performer Guillada has had a little break since her last run last month when fourth to The Mitigator. “She’ll be back shortly,” he said. “She didn’t have all things go her way at the start of this prep, and even though she has been in the money most of this prep, we decided to back off her and then come again. She likes pretty firm tracks.”