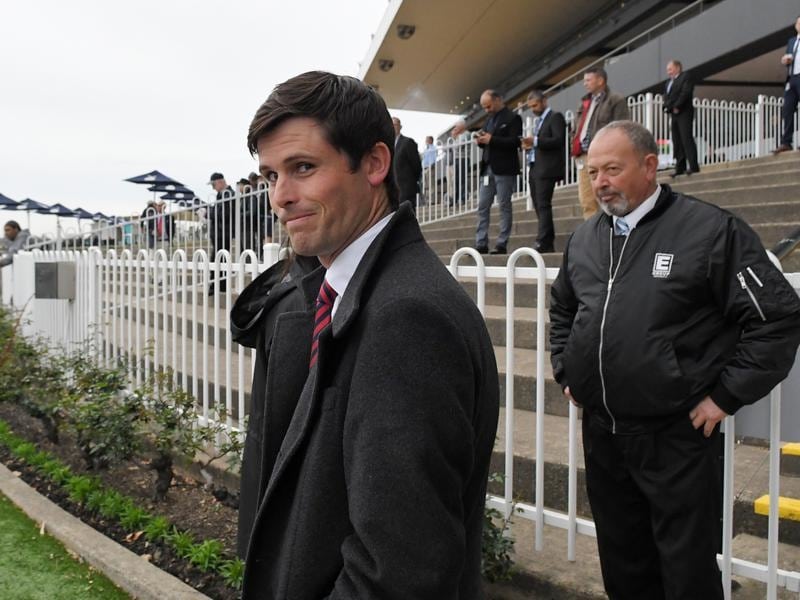 While his trainer is trying to keep a lid on expectations and inevitable comparisons to Hartnell, Avilius is emerging as a genuine star for Godolphin with the former European recording his second win from as many Australian starts at Rosehill.

With a Group Two second in France to Cracksman, Europe’s highest-rated horse of 2017, Avilius will be set for a higher grade with the Caulfield Cup on his program.

“He is an exciting horse. He really had to step up to run the 1900 metres out strongly, particularly on the soft track,” trainer James Cummings said.

“He was a weapon once he got him out and hit the line strongly. I think he is certainly one to keep following.

“He’s a really laid-back horse but he was classy the moment he arrived at Osborne Park.

“Of our imported horses he just really looked the part.

“Whether we go to the Kingston Town or the Newcastle Cup next we’ll just wait and see.

“We’ll nominate for the Metropolitan and I reckon he might be worthwhile nominating for the Caulfield Cup too.

“We are not getting too carried away but I wouldn’t be limiting how far he can get this time. We’re just rapt to have him.”

Avilius is now the $4 favourite for the Metropolitan Handicap (2400m) on September 29 and has joined Hiyaam and Unforgotten on the third line of Caulfield Cup betting at $17 behind Kings Will Dream ($5) and Emotionless ($15) with dual Australian Group One winner Hartnell at $51.

“He’s tired and he knows he’s been in a race today even though I wasn’t hard on him,” Schofield said.

“I could feel walking back he’s got his head on the ground and he’s feeling a little bit sorry for himself.

“He’s a had a good test today, second-up 1900 metres on wet ground and he had to chase a mare that is really good quality.

Schofield said although it might have been ideal to have him closer in the run, his was to get back off the leaders and come into the reckoning late.

“We don’t want to reinvent the wheel with him,” he said.

“There’s no point riding him upside down and getting him confused.

“He knows his job and he knows how to accelerate when I need him to.”