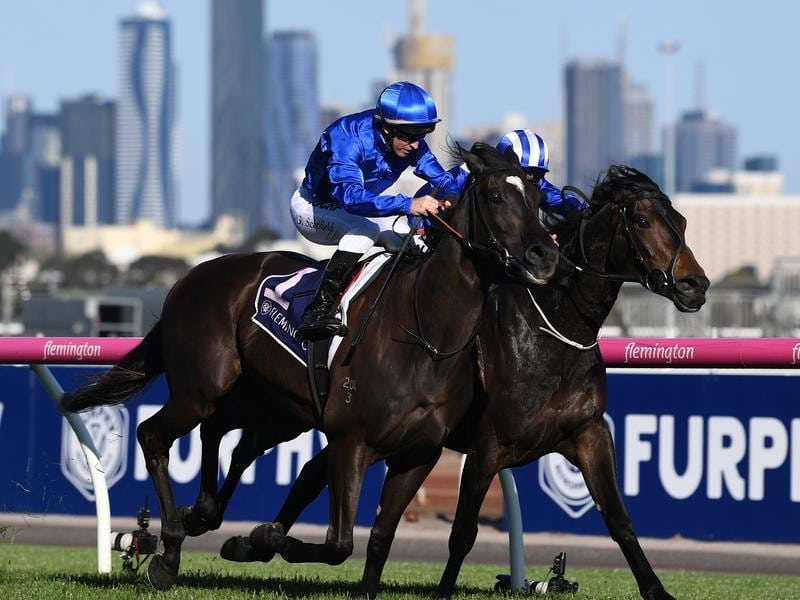 Avilius has been penalised 1.5kg for the Caulfield and Melbourne Cups following his win in The Bart Cummings at Flemington.

His success in Saturday’s race for Godolphin and trainer James Cummings assured the stayer a start in the $7 million Melbourne Cup on November 6 for which he is the $9 favourite.

Racing Victoria senior handicapper Greg Carpenter on Monday announced the penalty which takes Avilius to 54.5kg for both races.

Avilius moved from 39th to 20th in the ballot order for the $5 million Caulfield Cup on October 20.

“Avilius is unbeaten in his four runs in Australia and has now won the Kingston Town and Bart Cummings Stakes since the original handicaps were released,” Carpenter said.

“His hard-fought win over Jaameh on Saturday was impressive given he carried top weight of 58.5kg, conceding 4.5kg to the placed horses.”

Almandin won The Bart Cummings before going on to win the Melbourne Cup in 2016.

In finishing second Jaameh passed a ballot clause for both Cups, but is 61st in the ballot order for the Caulfield Cup and 91st in the Melbourne Cup.