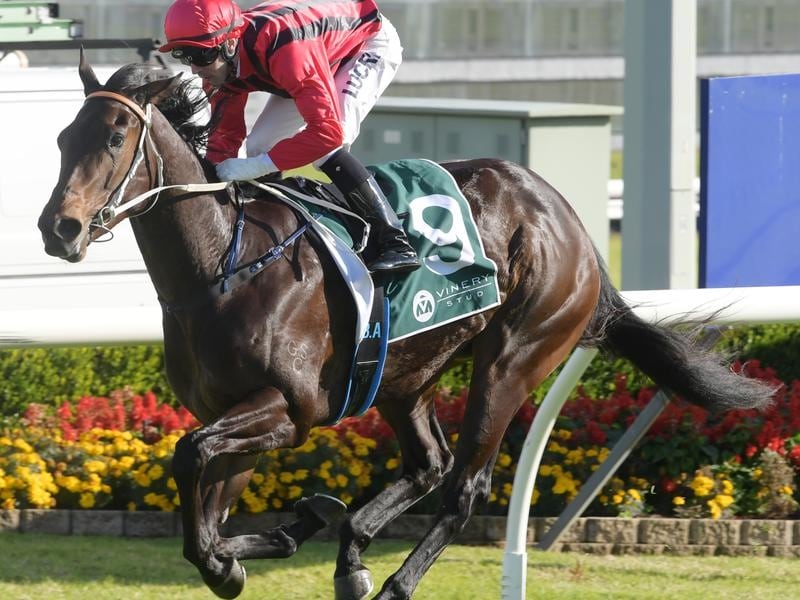 Brenton Avdulla has responded to a challenge from Sydney jockeys’ premiership rival Blake Shinn in the best possible way with a winning double at Canterbury.

Chasing his maiden title, Avdulla took an 11-win lead into the meeting on Wednesday but it was Shinn who struck first.

Shinn had an armchair ride on the favourite Sweet Scandal ($1.70) to claim the opening race.

The win prompted the 2007-08 premiership winner to declare an end-of-season intention to chase down Avdulla’s advantage.

“I’m not going to give up without a fight,” Shinn said.

“There’s nine meetings left and I’m going to keep him (Avdulla) on his toes, anyway.”

But by the end of the seven-race card, Shinn found himself further behind than at the start after Avdulla won on Smart Melody for Kris Lees and Deft for James Cummings.

Of Avdulla’s winners, it was Smart Melody who left the biggest impression in the Casino [email protected] Handicap (1100m).

A winner on a heavy track when having her first start at Newcastle earlier this month, Smart Melody again relished the soft conditions on offer to score by 5-1/4 lengths.

The merit of the win earned Smart Melody a favourable comparison with the better juveniles Avdulla has been associated with in 2017-18.

“I rode the Slipper winner (Estijaab) this season … but that’s one of the best two-year-old performances I’ve had anything to do with,” Avdulla said.

“When I asked her to go coming to the turn, she went crunch and kept going.

“I haven’t had one accelerate like that for a while. She’s very exciting.”

Avdulla looked to have last season’s Sydney premiership in his keeping until a late-season flourish from Hugh Bowman stole the title from his grasp.

His Canterbury double took him to 83 metropolitan winners with Shinn next on 71.

Avdulla also notched a milestone of riding 150 winners in NSW in 2017-18 with Smart Melody’s success.

He sits second in the national jockeys’ title with 154 winners, but is more than 20 behind West Australian jockey William Pike.