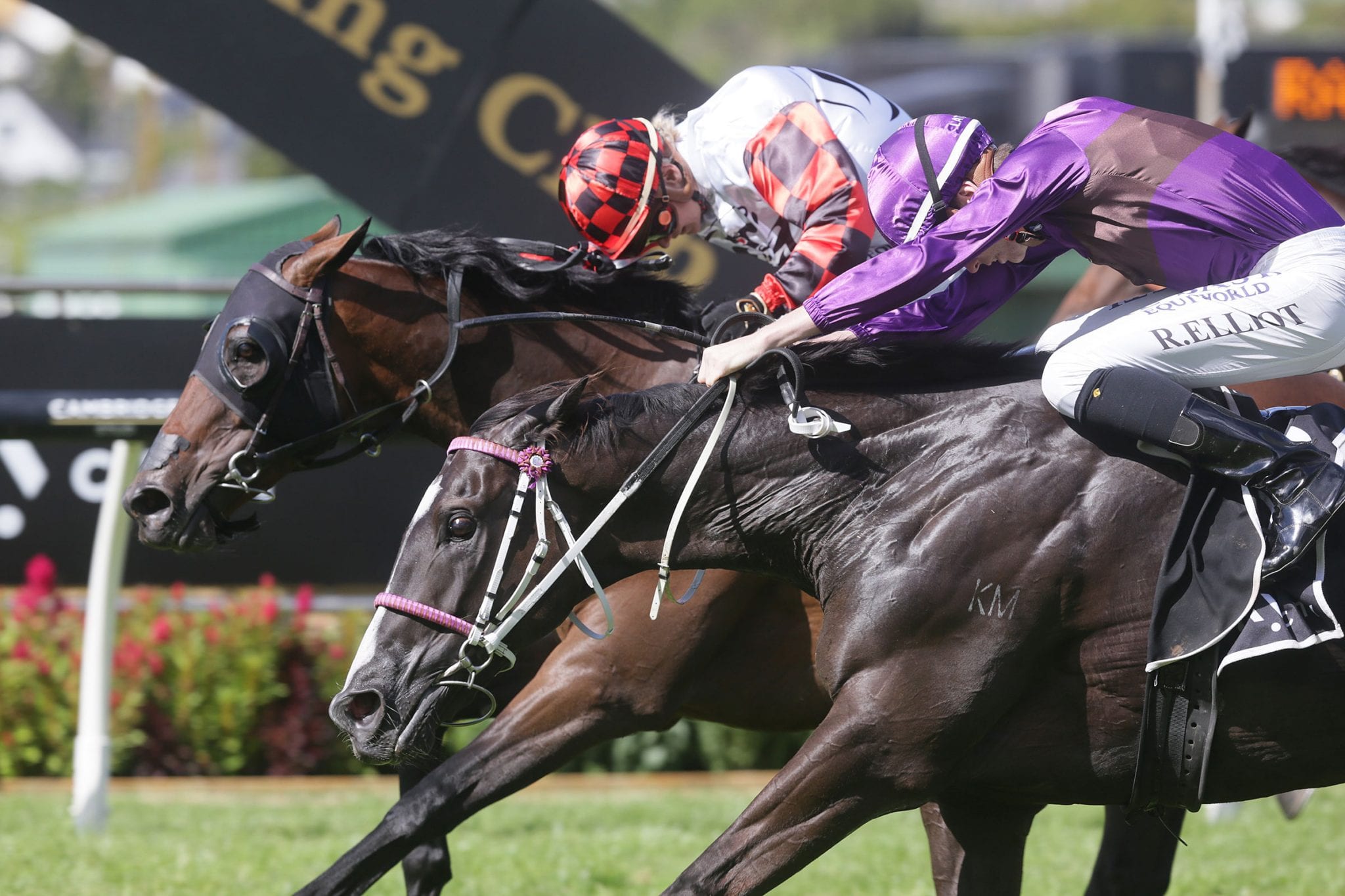 The five-year-old gelding has joined Barry Lockwood’s Queensland stable and will have a 1815m pipe-opener at Eagle Farm on Saturday.

“He went over on Monday night and got there Wednesday morning,” part-owner Neville McAlister said.

Platinum Invador will carry 61kg on Saturday and McAlister said despite forecast rain they have elected not to claim and give jockey Mark Du Plessis a chance to get acquainted with the gelding before his Group tests.

“The options were to claim or to put Mark on, who can hopefully ride the horse right through,” he said.

“The rain is forecast as well, and he doesn’t like the rain, so you wouldn’t think that he would be competitive with rain around and carrying that weight.

“But it’s probably better for Mark to have a decent hit-out on him than just putting someone on to claim when we are not going to be competitive anyway.”

Although there is a trans-Tasman travel bubble in place between Australia and New Zealand, McAlister said it made more sense fiscally to transfer Platinum Invador to Lockwood from New Zealand trainer Lisa Latta, and that he will return to her care after his Queensland campaign.

“With COVID and the risk of lockdown it wasn’t worth Lisa going,” he said. “If we had three horses going then it is a lot easier to have a staff member over there, but with one horse the cost was too high.

“Lisa is working in pretty closely with Barry and he will fly home after the Brisbane Cup.”

The son of Redwood had a five-race campaign in Victoria (Australia) under the care of Peter Moody last spring, placing in the Group 2 Herbert Power Stakes (2400m).

Platinum Invador was purchased out of Westbury Stud’s 2017 New Zealand Bloodstock Festival Yearling Sale draft by Latta for NZ$25,000 and has earned in excess of NZ$400,000.