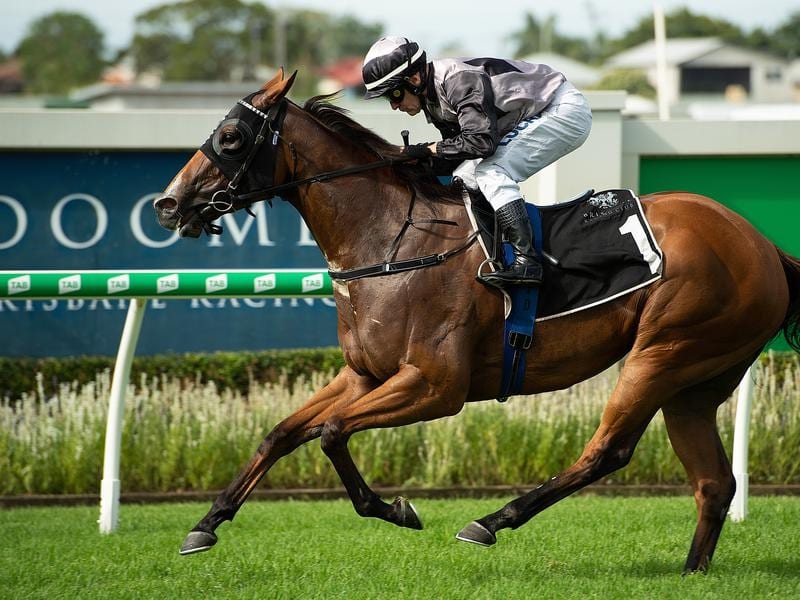 Trainer Toby Edmonds is pleased with the news he is getting about his star mare Houtzen who is at Newmarket in England preparing for the Royal Ascot meeting.

Houtzen was accompanied by Edmonds’ son and stable foreman Trent who has told his father everything went to plan for the long trip.

“Both Houtzen and Trent have settled in well but she has probably done better. He is a bit cold,” Edmonds said.

“Houtzen is at Abington Place and has been for a stroll on the heath. We will step up her efforts in coming weeks.”

The 2017 Magic Millions Classic winner, Houtzen is being aimed at the King’s Stand Stakes at Ascot on June 18.

“I intend to fly over after the Stradbroke in Brisbane,” Edmonds said.

Another of Edmonds’ well-bred horses, Millard Reaction, will head to the winter carnival after winning Saturday’s Three-Year-Old Handicap (1350m) at Doomben.

Millard Reaction is by top sire Fastnet Rock out of Miss Jakeo whose offspring and family tree is littered with stakes winners.

“It was a good win because he has probably made up nine to ten lengths on the leaders. There are plenty of races for him – things like the Fred Best Classic, the Queensland Guineas and the like,” Edmonds said