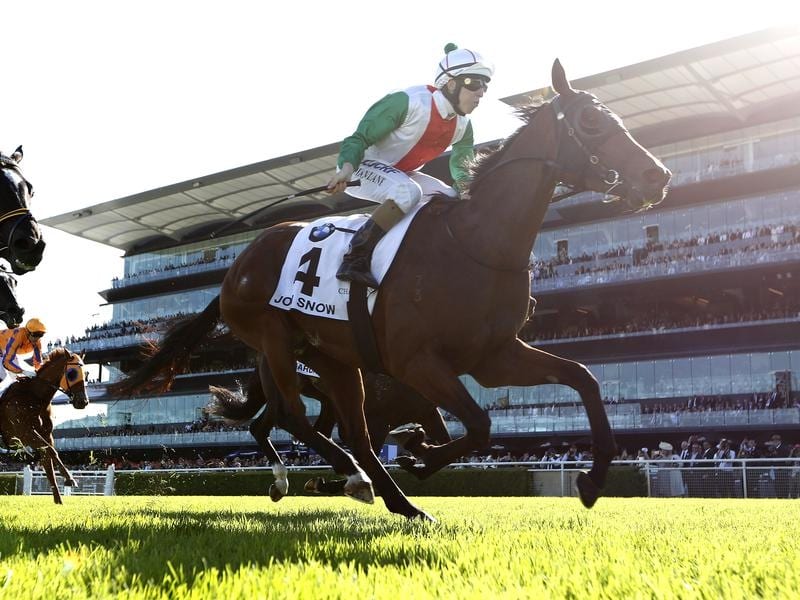 The winner of the 2017 Australian Derby for trainers Murray Baker and Andrew Forsman, Jon Snow finished third in his last start in the Group One Zabeel Classic at Ellerslie on Boxing Day.

Jon Snow earned more than $2 million from his 23 starts which yielded four wins and eight minor placings including a third in the Group One Makybe Diva Stakes at Flemington in September.

“Derby winner Jon now has been retired after his game third in the Gr.1 Zabeel Classic on Boxing day,” Forsman said on Twitter,.

“The stable would like to thank the Zame family for what has been an amazing ride. He retires a happy, sound horse with owners now considering stud options.”