Australian campaign in the offing for Browne pair 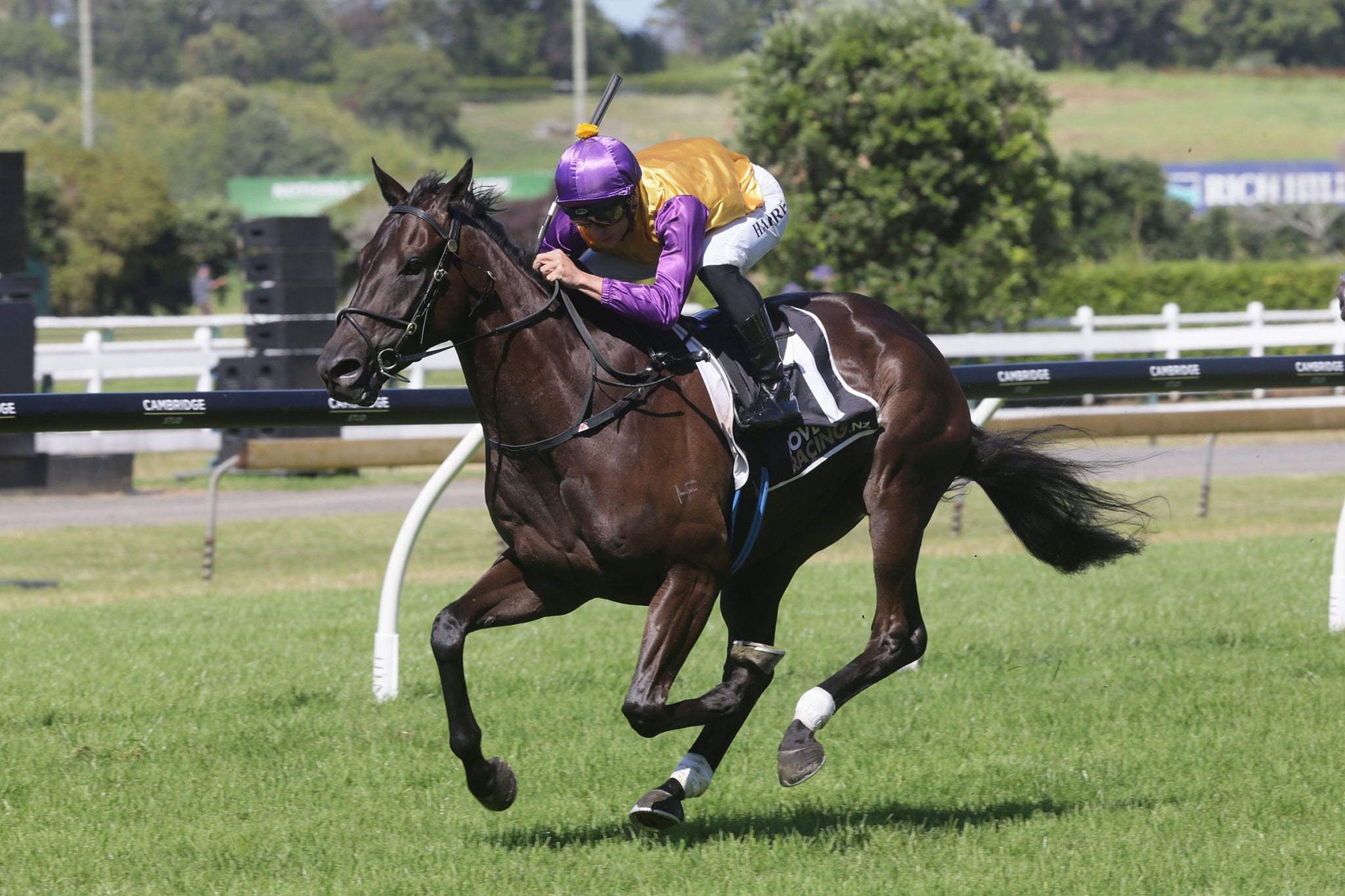 The talented New Zealand horse with the quirky name is back in work and looking to accomplish some big things over spring.

The David and Emma-Lee Browne-trained Elephant is pleasing in the early stages of his preparation and will be out to extend his unbeaten record next season.

The rising five-year-old gelding has won all four of his starts to date and his connections are eyeing a possible trip across the Tasman with their charge if he continues to impress.

“Elephant is back in work and is coming along really well, he looks great, and I am very happy with him,” Emma-Lee Browne said.

“I am not really sure where he will start off, it is early days yet in his preparation so we will see how he comes up.

“He has had a couple of gallops and we are pretty happy with where he is at.

“He is a bit stronger this time in so hopefully he can kick on with it.”

He suffered a minor injury following the race and his trainers elected to take a cautious approach with the four-year-old and bypassed the final in favour of the spelling paddock, where he has thrived.

“He has come back in really well,” Browne said. “He had a little bit of an injury just before the Dunstan Stayers Final, it wasn’t anything major, but we just thought we would put him out.

“It probably has been the best thing for him. He is 17 hands and he just needed to grow into himself a little, whereas this time in he looks big and strong. I am really happy with how he has come back in.

“If he was to come up it might be worth a quick trip to Australia for some of their country staying cups.”

Browne is also looking forward to next season with a couple of promising rising three-year-olds.

“We have got a couple of youngsters by Turn Me Loose that we are pretty impressed with,” Browne said. “Bifrost won a couple of trials last prep, he has come back really well.

“A relation of Elephant’s called Rhinoceros showed a bit of promise last time in at the trials. He is another one that has developed a lot after his spell.

“He is a Vadamos colt and is pretty good looking, so hopefully he lives up to his looks.”