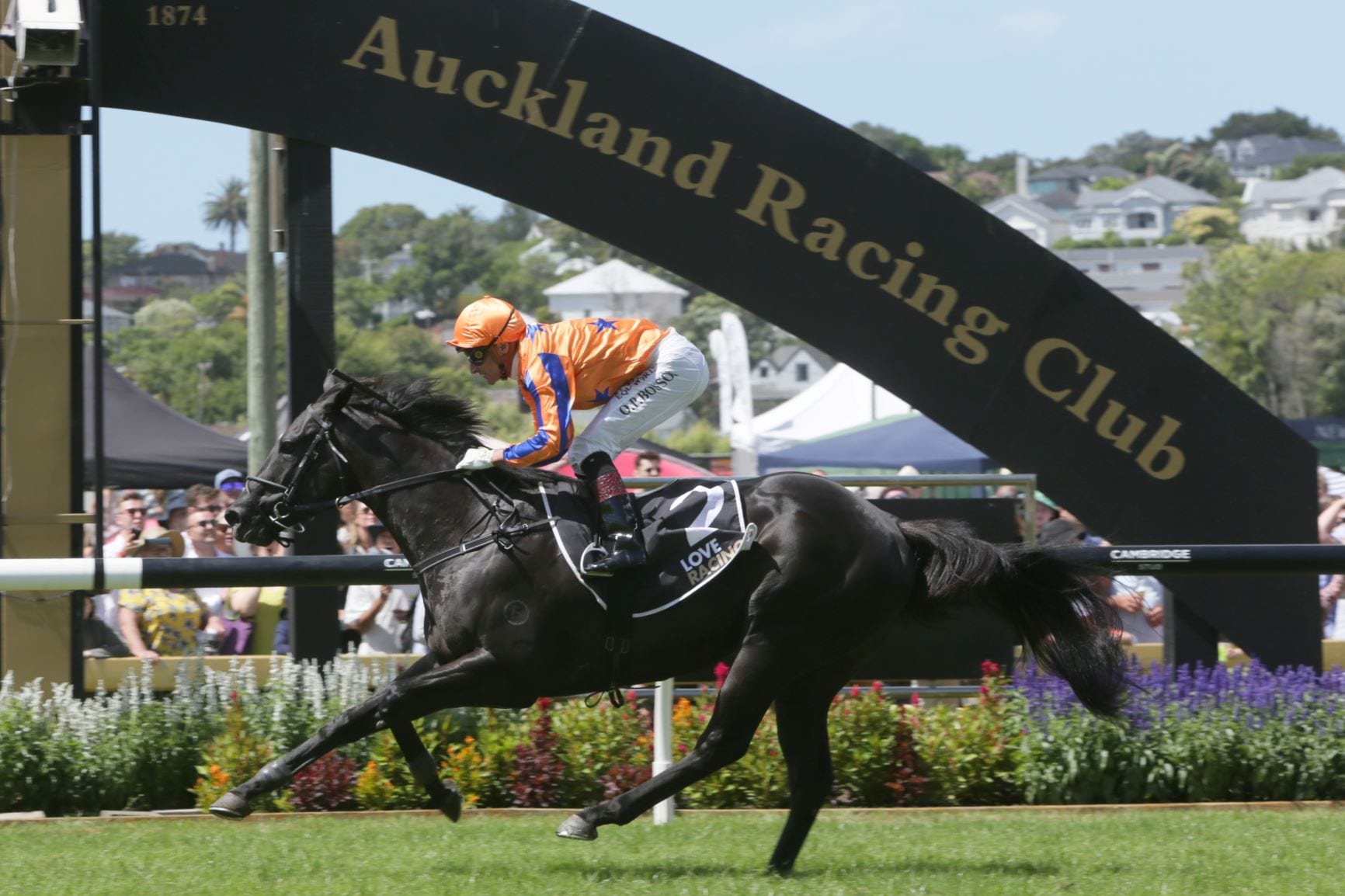 He’s got the movie star looks and now exciting Savabeel colt Brando will be out to showcase his talents on the international stage. Trainer Jamie Richards is keen to test the lightly tried galloper against the best of his generation across the Tasman following his runner-up finish in Saturday’s Group 1 Levin Classic (1600).

A Melbourne campaign beckons the three-year-old, who has won three of his five starts, including a dominant performance in the Listed Uncle Remus Stakes (1400m) at Ellerslie on Boxing Day. Bought for $500,000 by Te Akau principal David Ellis from Riversley Park’s draft at the 2019 Ready to Run Sale, the colt will have another chance to enhance his value as a future stallion prospect after getting in a bumping duel and a long way out of his ground when narrowly failing to run down Bonham in the Levin Classic.

“He will have a really quiet week this week,” Richards said. “We will send him around to the water treadmill for a week to give him a bit of a freshen-up. “He will run in the CS Hayes (Group 3, 1400m) at Flemington on February 13 and then the Australian Guineas (Group 1,1600m) a fortnight later.

“In the back of our minds his pedigree is pretty sharp and I think there is further improvement with a set of blinkers on as well. “He will probably be seen in the CS Hayes with a set of those on. “We think he deserved the opportunity, he was pretty unlucky the other day. I think with a bit more luck in running he probably wins but it’s funny the racing game at times. Some days you have a bit of luck and some days you don’t. “He didn’t have a lot of luck on Saturday and we think he is up to the challenge.”

Meanwhile, Group 1 winning stablemates Probabeel and Kahma Lass, who both trialled well at Matamata last week, add to the Richards arsenal across the Tasman, with feature targets in Melbourne and Sydney respectively. “Kahma Lass left yesterday and arrived in Sydney in good shape and heads to the Light Fingers (Group 2, 1200m) at Randwick on February 13 first-up,” Richards said. “She will probably trial on the course proper at Rosehill next week.

“Probabeel goes to Melbourne tonight (Tuesday) and her target is the A$5 million All-Star Mile at Moonee Valley on March 13. “We have Craig Thornton in Sydney, he has been there for quite some time. “Ashley Handley has been with Probabeel all the way though. She has done her quarantine to come back to New Zealand to have a freshen-up and is headed back to Melbourne today.”

Richards is looking forward to a bumper night of racing on Saturday at Ellerslie where he will have as many as five runners in the Doubletree by Hilton Karaka Million 2YO (1200m), a race Te Akau Racing has won four years in a row.

But the highlight of the six-race twilight card is likely to be the clash of Baker-Forsman star Aegon with Richards’ last-start Group 2 winner Amarelinha in the Karaka Million 3YO Classic (1600m). “We are pleased with her, we thought she trialled really well at Matamata the other day and she certainly hasn’t taken a backwards step,” Richards said.

“She did some nice work again this morning so heads into the race in a good shape. “I’m not 100 percent sure where we go with her after Saturday, whether she stays in New Zealand and gets ready for a race like the Fillies’ Classic (Group 2, 2000m) at Te Rapa or we look at Australia. We will have a bit of a team talk after Saturday.”

The daughter of Savabeel trialled impressively at Matamata last week, defeating Melody Belle in a 1200m heat, and has some similarities with her year older stablemate Probabeel, who like Amarelinha is by Savabeel.

“I think she will get a bit further than Probabeel got,” Richards said. “Probabeel is a mile to 2000m horse, max. “I just wanted to keep the work right up to her as she is good doing filly that does really well in the feed bin. I haven’t wanted her to get away on us. “She had a nice maintenance trial to keep her up to the mark but she is in good shape for Saturday.”