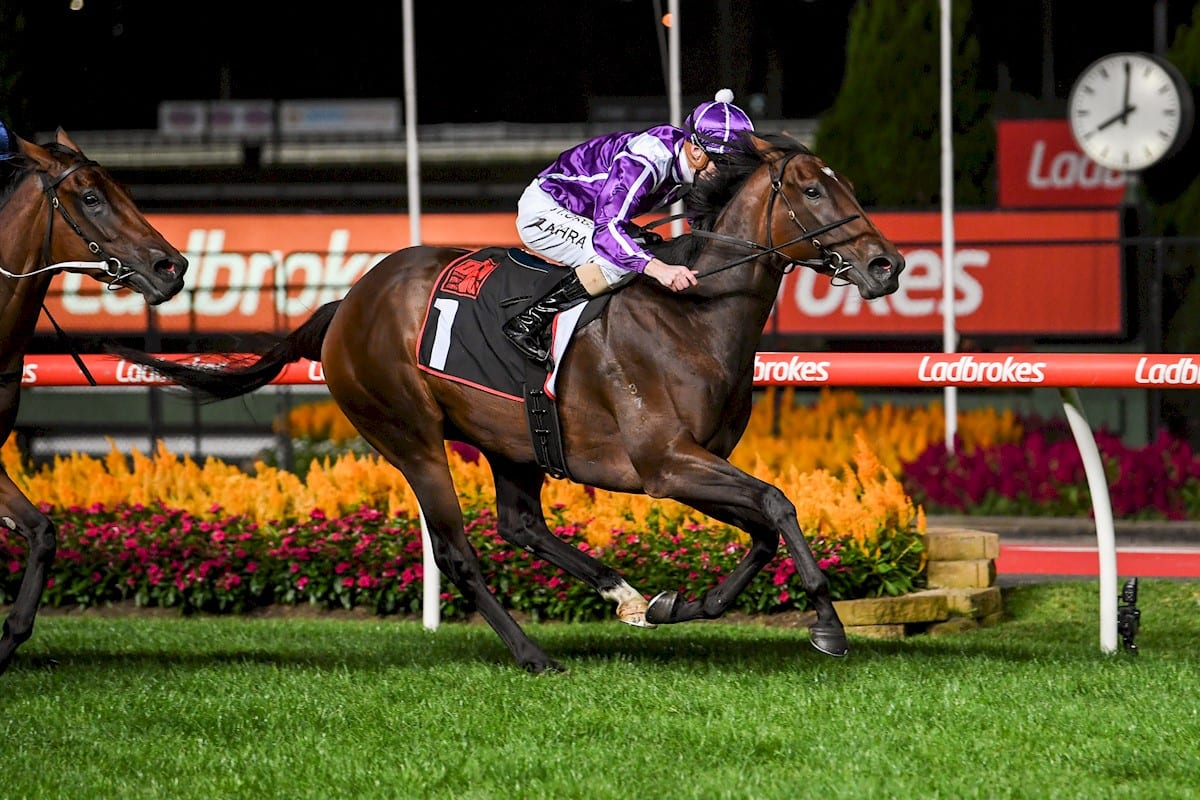 Trainers Anthony and Sam Freedman have Group 1 aspirations in Adelaide for Chica Fuerte following her all-the-way victory at The Valley on Friday night.

Away smartly, Mark Zahra pushed forward aboard the +110 favourite in the Group 3 Alexandra Stakes (1600m) to find the lead in a calculated pre-race move.

Zahra allowed the daughter of Hinchinbrook a mid-race breather before ramping up the tempo at the 600m mark.

Being headed before the turn by Miss Inbetween switched on Chica Fuerte who held off Love Sensation (+260) by three-quarters-of-a-length with Wanaliri (+5000) one and a quarter lengths away third.

With the majority of stables thinking of the carnival in Sydney, the father-and-son Freedman team are looking to Adelaide for the Group 1 Australasian Oaks (2000m) at Morphettville on May 1.

“She’ll run in either the Port Adelaide Guineas or the Auraria Stakes over 1800 metres as a lead-up to the Australasian Oaks.

Adams said pre-race planning was for the filly to lead on Friday night.

“She tends to lay in a bit when she’s in behind horses so we thought that there’d be a little bit of pressure early,” Adams said.

“But Mark pushed the button and once she got to the front, she was going to be hard to beat.”

Zahra said he thought on the home turn that he was going to run fifth after Miss Inbetween headed her.

“I wasn’t finding much and it wasn’t until Miss Inbetween headed me that she really got going again,” Zahra said.

“I knew I was going to be vulnerable late, but I was surprised how hard she fought.”