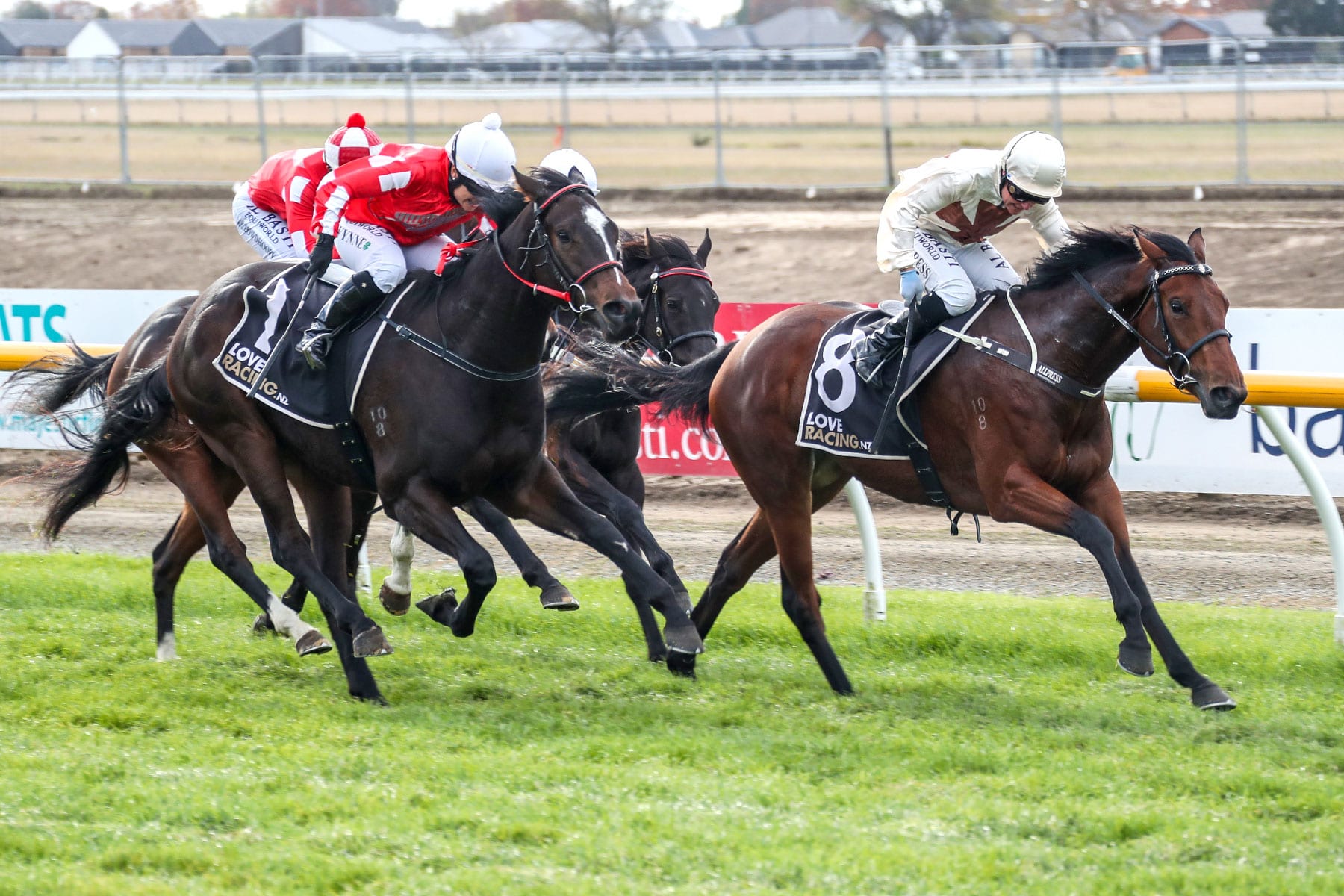 Several days have passed since recording a black-type double at Riccarton in New Zealand, but Nigel Auret is still lost for words when asked about the achievement.

His son, Fraser, had travelled south from his Marton base with Unusual Countess and Streak of Power and duly delivered with the pair winning the Listed Champagne Stakes (1200m) and Listed Easter Stakes (1400m) respectively.

“It was just a fantastic day, that is all I can say,” Nigel Auret said.

“Fraser has been doing a super job since he has taken over the training so it has worked out well.”

The black-type double was a closely knit affair, with both horses bred by Auret and his wife Adaire, and both tracing back to their foundation broodmare Tricky Spi who they purchased as a yearling in the mid-1970s.

“My wife and I, when we first got married, had a dream to get into the breeding industry,” Auret said. “Tricky Spi was our first purchase and we have had the family ever since.”

Unusual Countess is out of One Cool Cat mare Countessofdalgatie, a granddaughter of Tricky Spi, while Streak of Power is out of Stracile, a daughter of the half-sister to Countessofdelgatie in Group One winner Saint Cecile.

Unusual Countess’ victory was made even sweeter as she provided the family’s resident stallion Unusual Suspect with his first New Zealand winner, and his first stakes winner.

Unusual Suspect was purchased by the Aurets after standing two seasons in Australia to replace Mettre En Jeu.

“We were standing Mettre En Jeu at the time, who had lots of bread-and-butter winners, though we only got into him because we bred and raced him,” Auret said.

“He was starting to get to the end of his breeding career and we had started to look for a possible replacement, but we wanted to be careful and get exactly what we were looking for.

“It was just by sheer chance Unusual Suspect, who had spent two years in Queensland, came up so we grabbed him because we felt he was ideal for New Zealand conditions.”

Unusual Suspect was an outstanding racehorse, winning more than $1.5 million and clocking up 10 wins in four different countries including a victory in the Group 1 Hollywood Turf Cup (2400m).

“Unusual Suspect was a very good two-year-old and stakes placed as a juvenile as well as a Group One winner over ground later in life,” Auret said. “He has produced nine individual winners in Australia and this is his first New Zealand winner and a stakes one at that.”

“I think he is a versatile stallion and should meet the criteria for most people, we send him all of our mares but I think he will leave all sorts of horses.

“His progeny are all great boned horses, there are a variety of colours, but they all have good legs and lovely temperaments which he has as well.”

Auret has a deep sense of satisfaction from the successful weekend, knowing that both horses are a true product of family teamwork. Though he took a step back from training around five months ago, leaving Fraser to run that side of the operation, Auret is a very a hands-on part of the trio that takes each horse from the foaling paddock to the racetrack.

“One thing I promised Fraser was that when my course was over I would never interfere,” he said. “I haven’t, but we talk every second day about one thing or another.

“It is just so wonderful having the whole family working together and getting on together and that is what makes it even more special.

“Hamish is with me on our home farm but Fraser bought the old Marton racecourse and built a house and put a huge amount of work and money into it to get it in top shape. I think it has been the making of him as a trainer to be honest.

“I have a daughter as well that isn’t horsey at all, she is a partner in Deloitte down in Wellington. I think she feels left out sometimes but she is always watching and enjoying our success as well.”

The team will meet this weekend to discuss the future of Unusual Countess and Streak of Power who have returned home for a spell, as well as set a 2021 stallion fee for Unusual Suspect.

“They have both come home and are in the spelling paddock at my place for a week,” Auret said. “We will have a meeting over the weekend with Fraser and work out plans for them both and talk about Unusual Suspect.”

As part of his retirement plan, Auret has attempted to reduce his stock numbers, though is yet to make a decision on what to do with Unusual Countess’ weanling full-brother who he holds in high regard.

“He is a gorgeous horse,” Auret said. “We haven’t made any decisions on what to do with him and I have far too many horses to race them all.

“As part of my plan in trying to retire I have tried to cut back, so we have gone from about 25 mares to about 14 or 15.
“We’ll keep our fingers crossed for more success, sometimes dreams do come true.”