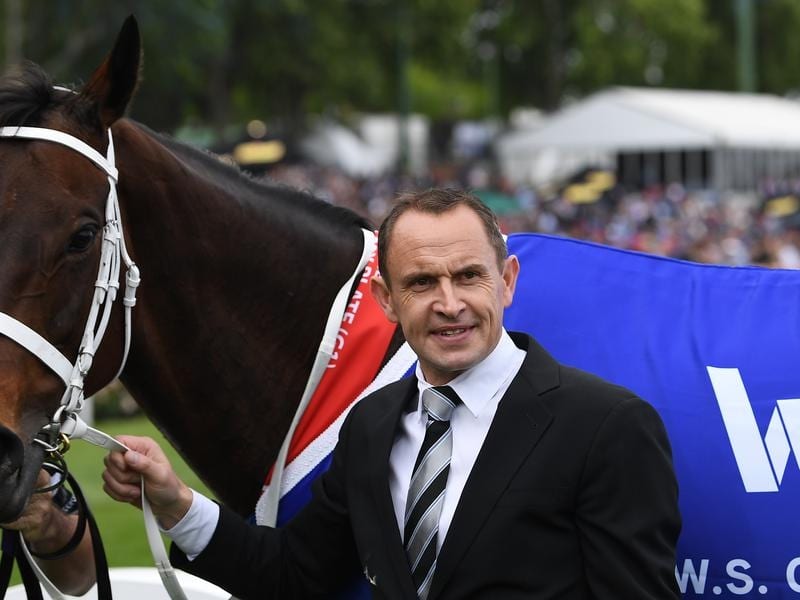 Sydney’s premier trainer has guided Winx through another faultless Cox Plate campaign which culminated in the mare winning Australasia’s weight-for-age championship for an unprecedented fourth time.

And while Waller confirmed they had ruled out running Winx again this spring in the Mackinnon Stakes despite the champion coming through Saturday in fine order, the show continues to roll on for his stable with four days of racing ahead at Flemington.

“I guess it’s like a honeymoon, really,” Waller told reporters at Flemington on Tuesday morning.

“You’ve had the big day, all the pressure, everything went to plan and all the guests were happy.

“And it’s just an absolute privilege being part of that experience, being so close to Winx.

“So coming out of that race, preparing for arguably one of the biggest days on the Australian racing calendar, in terms of many races not just one race, it’s time to get back to business and make sure that we’re putting all of our resources into the next generation of stars that we’ll see unfold in this spring carnival in the next two weeks.”

And with the Melbourne Cup a week away, Waller could have up to five runners.

“It looks like he (Who Shot Thebarman) has come through the Moonee Valley Cup well at this stage from last Saturday and if the owners agree to run him.

“Then on Saturday in the Lexus obviously it’s a back-door entry for getting a horse into the race like Brimham Rocks who’s got some good form lines.

“And we’ve got Patrick Erin going to the Bendigo Cup on Wednesday.

“So I’m sure the race is going to change considerably over the next four or five days and hopefully we’ve got a few runners there.”