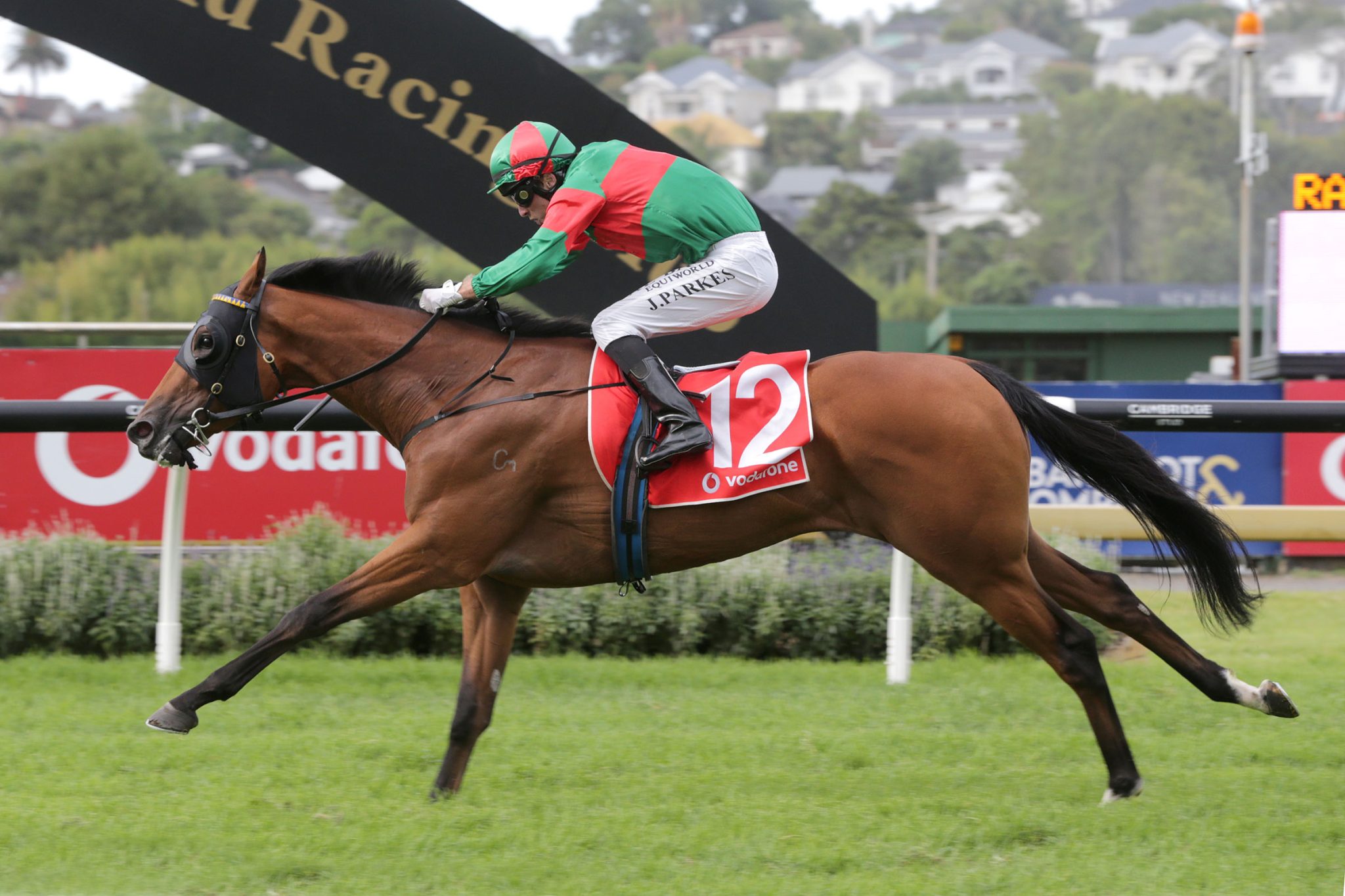 Twelve months after living up to expectations with a Group 1 Vodafone New Zealand Derby (2400m) favourite, Matamata trainers Lance O’Sullivan and Andrew Scott went back-to-back with a very different kind of triumph at Ellerslie on Saturday.

In contrast to their 2021 Derby hero Rocket Spade, who came into the classic as a +300 favourite with outstanding lead-up form under his belt, O’Sullivan and Scott were well and truly under the radar in 2022 with last-start maiden winner Asterix.

But the well-related son of Tavistock rose to the occasion and came of age in spectacular style, going from last to first to land a +4400 upset at the expense of odds-on favourite La Crique.

Adding to the theme of history repeating, Asterix carried the Kelt family’s distinctive emerald green and red colours. The same silks were worn by O’Sullivan himself when he won the Derby as a jockey with Popsy in 1993. Coincidentally, both winners clocked the exact same time of 2:27.24.

“That win with Popsy was a fair few years ago now, and it’s a lot harder to win this race as a trainer,” O’Sullivan said.

“This is a great thrill. Sam Kelt bought him for NZD$450,000 at the Ready to Run Sale, and he’s been rewarded for that big investment. He’s got some of his family involved, and he brought Mark Greatbatch (former Black Cap) into the ownership as well, and this is a fantastic result for all of them.

“Sam is the most optimistic guy you could ever train for. He was a believer all the way through, and he told us three weeks ago that we were going to win the Derby. We weren’t quite so sure, but those quality genes kicked in down the straight.

“It’s probably safe to say we were more nervous last year with Rocket Spade, we had some high expectations there, while this is a great surprise.”

Sixth and eighth in his first two starts in January and early February, Asterix stepped up over a middle-distance and cleared maiden grade with a narrow victory at Tauranga on February 16.

Saturday marked a monumental leap in class, but Asterix delivered.

“Unbelievable,” said Scott, who has now co-trained four Derby winners. “It’s a great team result. All of the staff have worked so hard on this horse. We’ve had times where this preparation was nearly gone, and we’ve had to do so much work on his feet along the way. But we got here, and he was probably the strongest stayer genetically in the field, and we are over the moon.”

Given a well-judged ride by Johnathan Parkes, Asterix was a clear last as the field found their positions and passed the finish line with a lap to go.

Parkes began to get his mount rolling down the side of the track, and he swooped around the extreme outside to lodge his bid at the home turn.

Asterix charged to a clear lead in the straight and kept up a strong gallop all the way to the finish, scoring by a length and a half from a late-finishing La Crique. The time of 2:27.24 is the equal fourth fastest Derby in history.

“This is huge for me,” Parkes said. “It’s a race I’ve always wanted to win, and it’s one of the real pinnacle races we’ve got in New Zealand. It hasn’t always been easy in my career with injuries and weight, but a win like this makes it all worthwhile.

“I just rode him to instructions – they wanted me to ride him quietly, get him nice and relaxed and then finish strongly. He actually clipped a heel coming out of the gates and was lucky to stay standing, but he recovered really well from that.

“He’s just a real stayer, and I think there’s plenty more ahead of him. He’s a lovely horse, and he just outstayed them.”

Asterix was bred by Sir Owen Glenn’s Go Bloodstock and is out of Mourasana, a British-bred daughter of Shirocco. Herself a Listed placegetter in France, Mourasana is a half-sister to the Group Two winner Mouramara, who is the dam of three stakes winners including Group 1 Sydney Cup (3200m) winner Mourayan and Group 1 Melbourne Cup (3200m) placegetter Mourilyan.

Curraghmore will offer a full-sister to the Derby winner at Karaka this week, catalogued as Lot 434 in the Book 1 session.

The Derby was something of a hard-luck story for the beaten favourite La Crique, who jumped from the inside gate and found herself badly boxed in approaching the home turn. By the time Vinnie Colgan found a way out into clear air, Asterix was off and gone.

“That’s racing,” co-trainer Katrina Alexander said. “That’s the sort of thing that can happen when you go out there with a target on your back, and when you draw the inside gate. It was still a courageous run, she finished it off really well and we’re super proud of her. She’s still the same horse to us.”