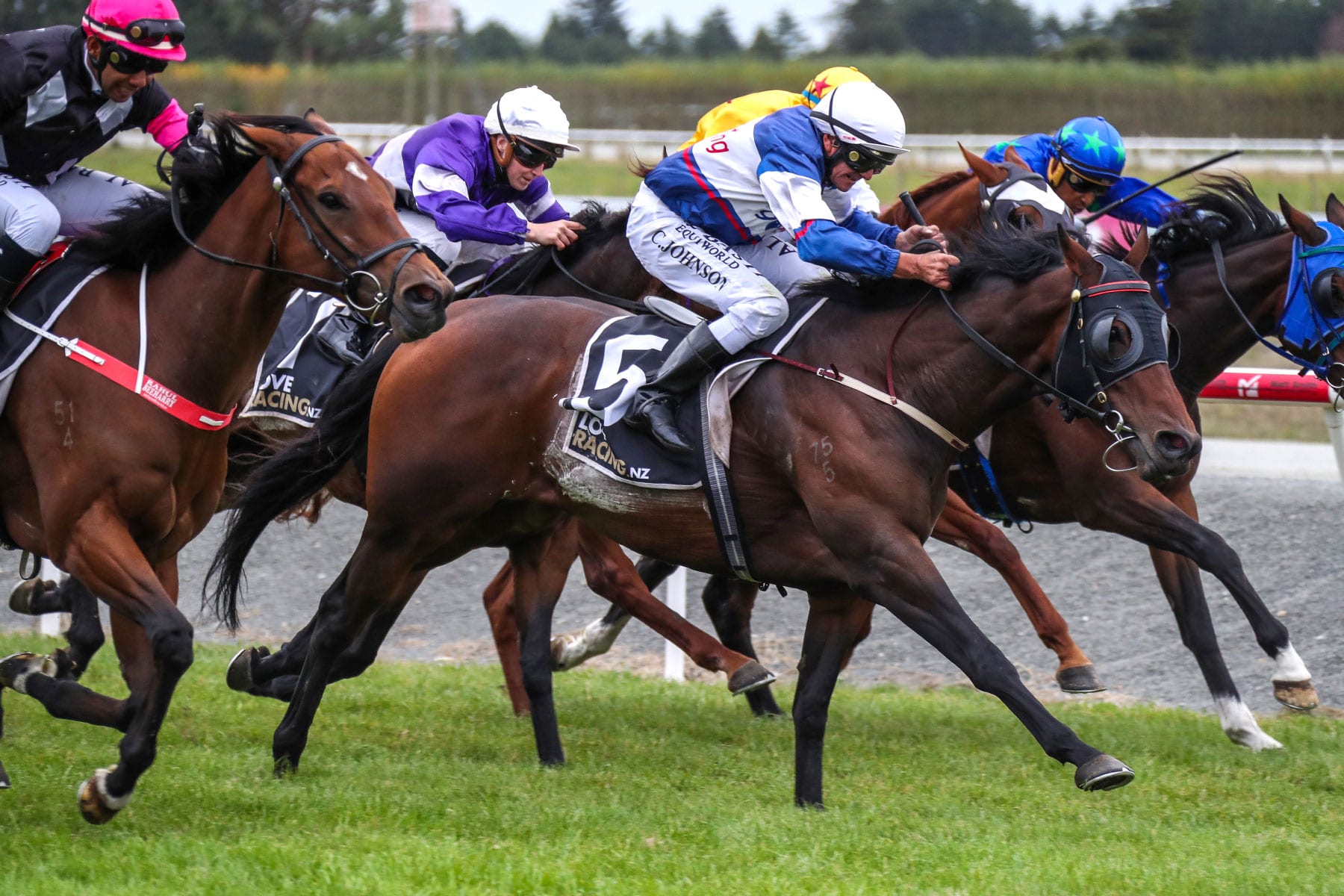 Riccarton trainer Andrew Carston went home from Ashburton on Wednesday a happy man after picking up a winning double.

The daughter of Pins settled midfield for jockey Chris Johnson who was able to pick a path through their rivals down the straight and wear down pacemaker Malo Blik to win by a half neck, with a further neck back to Quintuple Twins in third.

Severine had finished fifth in the Group 3 South Island Thoroughbred Breeders’ Stakes (1600m) last start, and following a win and placing in her two previous starts, Carston was confident of a good result on Wednesday.

“She dropped back from a stakes race last start, I was pretty confident she would run well,” he said.

“She has had a fantastic preparation, she has done nothing wrong, she has been a model of consistency.”

Severine’s victory capped a winning double for Carston after stablemate Caitlyn Jay had won the race prior, the Sim’s Bakery R74 1200.

The four-year-old mare was first-up and Carston admitted to being pleasantly surprised by her two and-a-half length victory.

“I wasn’t expecting her to win like that, she caught me by surprise a little bit,” he said.

“They ran hard, she relaxed well and quickened off a hot tempo.

“I couldn’t be any happier than I am with her.”

Carston began the day in pleasing fashion, placing with Namibia Miss in the opening race, the Matt Smith Construction Maiden 1600.

“Both Namibia Miss and Iffraajable went well in the first race. They are a couple of maideners to follow going forward,” he said.

Meanwhile, Carston has reported that quality three-year-old Milford Sound has come through his exertions in running second to Joy Alone in the Group 3 Manawatu Classic (2000m) at Awapuni last Saturday in good order and will continue with a northern campaign.

“He will go up to Auckland tomorrow where he will be based at Stephen McKee’s. One of my staff will go with him.

“He has pulled up well so it is the natural progression and we will see what happens.

“I couldn’t have asked for anything more on Saturday. I thought Kylie Williams rode him outstanding. He was in the worst part of the track through no fault of hers and only got beaten a bob of the head. I still hate watching the replay.”

Bred by North Canterbury nursery Beaufort Downs, Milford Sound is raced by John and Sally Wigley. The son of Ocean Park finished second in the Listed Southland Guineas (1600m) in February before a dominant maiden victory at Riccarton prior to his narrow Group Three second last weekend.