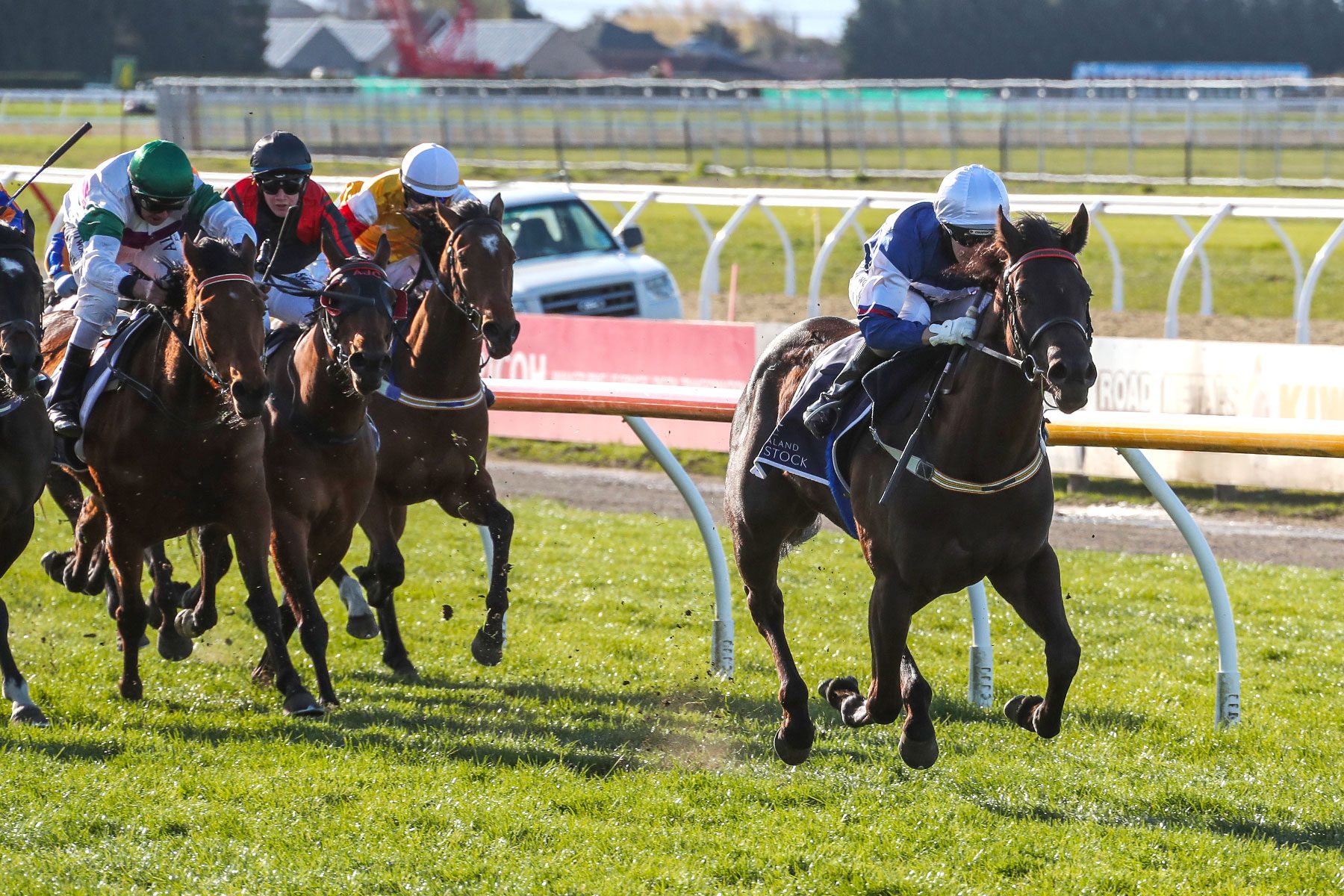 Albert Bosma’s Go Racing syndicates enjoyed one of their finest hours on Saturday when they celebrated three separate victories including two at stakes level in the space of sixty minutes.

Talented galloper Hasabro kicked off proceedings at Riccarton when he produced a fresh-up victory over 1200m for the Go Racing Hasabro syndicate, before exciting four-year-old Atishu made it two wins from three starts out of the Chris Waller stable in Sydney for members of the Go Racing Ring A Ring syndicate, when successful in the Group 3 Bill Ritchie Handicap (1400m) at Randwick.

It was left to three-year-old filly Art De Triomphe to round out the winning treble as she dictated to her age-group rivals over the final stages of the Listed New Zealand Bloodstock Canterbury Belle Stakes (1200m) at Riccarton, producing a stylish three-length victory for the Go Racing Beatles Syndicate.

Sent out a warm +150 favourite, Art De Triomphe never gave her supporters a moment of concern as she settled handy to the speed for rider Kylie Williams, before dashing clear early in the run home and cruising to victory ahead of Sorrento and Irish Red.

Bosma, who is stuck at home in Auckland during the Level 4 COVID lockdown, was feeling pretty good about the results he had just witnessed on his television.

“It’s fair to say there is a nice bottle of red to celebrate with later on this evening after what has just happened,” he said.

“You plan for things like this and hope they come off, but it’s not often they do.

“It is a very special result all around and especially for Steven McKee, who is retiring at the end of the month.

“He sent Hasabro down to Riccarton on Monday and it might be the last runner he has for us, so if it is, what a wonderful way to celebrate the partnership we have had with him.”

Bosma was also quick to sing the praises of Vadamos filly Art De Triomphe, who has the Group 1 Barneswood Farm New Zealand 1000 Guineas (1600m) on her radar later in the spring.

“Art De Triomphe is a very good filly and we’ve known that for some time,” he said of the Andrew Carston-trained filly who has rocketed to the top of the Guineas market as +280 favourite.

“They still have to prove it though, and I think her win today goes a long way to doing that.

“She is just the ultimate professional, as at home all she wants to do is eat and sleep, but when there is a task for her, she is all business and that is a quality all the top horses we have ever had have exhibited.

“The 1000 Guineas is her main target and at this stage she will have one more run in the Barneswood Farm Stakes (Group 3, 1400m) in a month, before she then goes to the Guineas at Riccarton.”

Out of the Group 3 Winter Cup (1600m) winner Art Beat, Art De Triomphe has the breeding to take on greater distances as she matures, a fact that is not lost on Bosma.

“She is very well bred and being by Vadamos out of a mare that won up to 1600m, we think she has the long-term potential to get over ground,” he said.

“If she was to go well in the 1000 Guineas then the natural progression would be to look at the Karaka Million 3YO Classic (1600m) in January and then possibly an Australian campaign after that.

“That is all wishful thinking at this stage as she has to tackle the quality fillies in the 1000 Guineas, but it is good to dream.”