Archer’S Paradox Too Speedy At Doomben 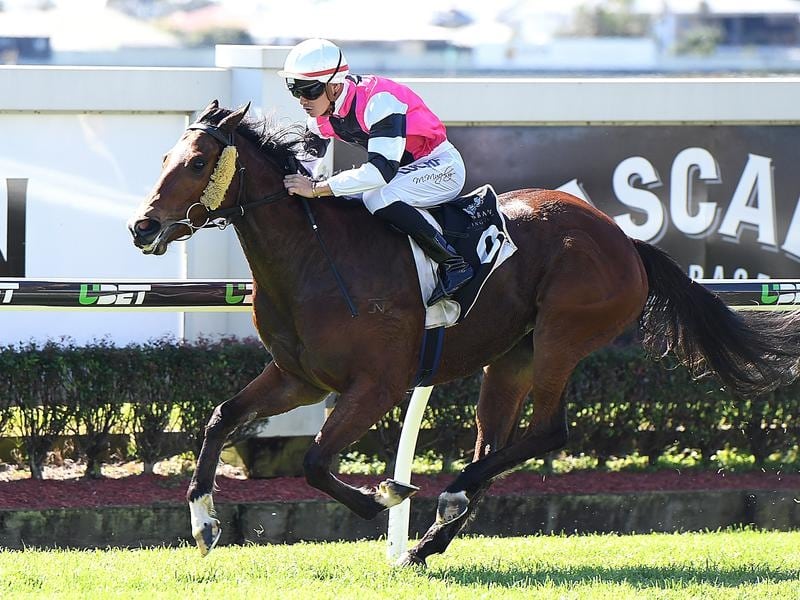 Trainer David Murphy’s prediction no two-year-old in Brisbane could head his filly Archer’s Paradox from the barriers proved correct when she led all the way to win at Doomben.

Archer’s Paradox ($8) bounced to the lead and then sat outside co-leader Holdin’ My Own to the home turn before coming away for an impressive win in the Two Year Old (1050m).

Murphy said he believed Archer’s Paradox was the perfect 1000m horse because of her great speed out of the barriers.

“I don’t think there are too many two-year-olds anywhere who can go with her,” he said.

“I think Zoustyle is an exceptional talent and she led him early at her previous start when he beat her over 1200m.

“The funny thing is Archer’s Paradox’s best win was at Ipswich when she missed the start in an 800m race and came from last to win.”

“I have had a good wrap on her ever since then.”

Archer’s Paradox earned just under $80,000 in prize money and QTIS bonus payments for her win.

“It just shows how important he QTIS bonus scheme is to Queensland trainers,” Murphy said.

The race was a credit to sire Golden Archer who got the first and second placegetters.

“Golden Archer has had 10 individual two-year-old winners this season so it has been another good year,” Raheen studmaster Basil Nolan said.