Archer’S Paradox Shooting For Another Win 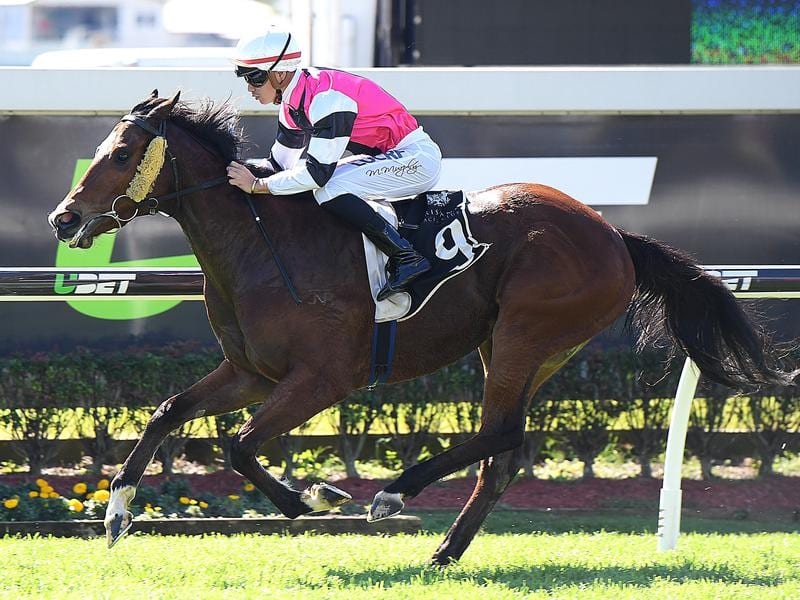 Eagle Farm trainer David Murphy is ruing the lack of a 1000m-race on the Magic Millions program.

The filly has won three of her eight starts and Murphy has had a big opinion of her since she scored a freakish win at Ipswich at her second race start over 800m.

“A few good judges rated her win the best they had seen at a provincial track in years. She has run in some handy races since and gone well and she’s won two of her past three starts,” Murphy said.

At her last start when she won at Doomben, Archer’s Paradise wanted to hang in late in the race.

“She likes the rail and wants to get to it. But the win showed she doesn’t have to lead and I have high hopes in the long term for her,” Murphy said.

It is no surprise to Murphy that Archer’s Paradox can be headstrong as he also trained the filly’s sister.

“I also had the first foal out of Archer’s Paradox’s dam (Shamsie) and she could have been anything. She won her first trial by nine lengths but was high spirited and went through a fence,” Murphy said.

“She was never the same but I knew the family had ability but could be a bit hard to handle.”

Murphy is at a loss where to aim Archer’s Paradox after Saturday.

“The old 1000 metre race on Millions day would have been ideal for her but it is now 1200 which is a bit far for her against open horses. And likewise the QTIS race which is 1300 and the Guineas at 1400,” Murphy said.

“Then you have the fillies and mares race at 1200 where you would run into Houtzen!”