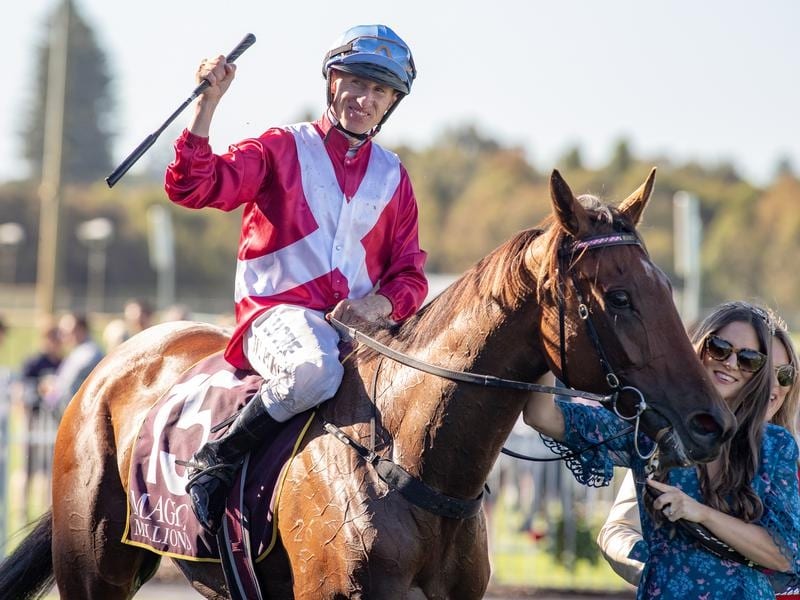 Perth superstar filly Arcadia Queen has been introduced to the Golden Eagle market as the equal second favourite following her stunning Group One win at Ascot.

The Autumn Sun heads the market for the Golden Eagle, a new $7.5 million race for four-year-olds to be held in Sydney on November 2.

The race will be run over 1500 metres at Rosehill as part of Racing NSW’s push to strengthen Sydney’s spring carnival.

Arcadia Queen has won five of her six starts culminating in Saturday’s weight-for-age Kingston Town Classic (1800m) in Perth in which she beat a field of older local and interstate horses.

Her owner Bob Peters says she will have a spell after doing enough for her first preparation and he and trainers Grant and Alana Williams will look at eastern states options.

Peters said another new race, the $5 million All Star Mile at Flemington in March would probably come around too soon but the Golden Eagle attracted his interest.

He also cited the ongoing debate over the use of Regumate, a substance that controls the cycles of fillies and mares as a factor.

“You can use Regumate in New South Wales. That makes it easier than going to Victoria,” he said.

Racing NSW has introduced a local rule which allows for inconsequential amounts of a steroid found in batches of Regumate but Racing Victoria has advised against its use.

Horses trained by Robbie Laing and Russell and Scott Cameron tested positive to the steroid incurring a mandatory one-year stand-down from racing but the trainers otherwise escaped penalty as the cause had not yet been detected when the horses raced.