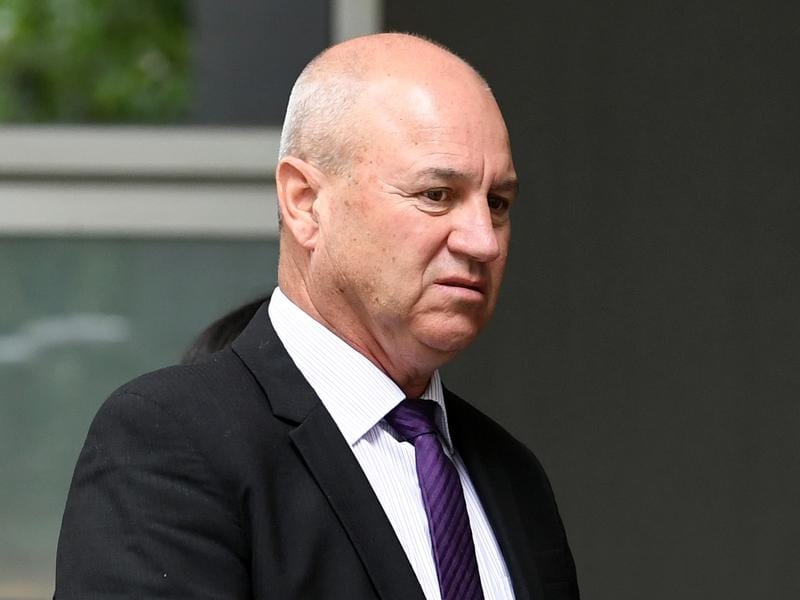 A key player in the ‘Aquanita eight’ doping conspiracy has admitted giving horses illegal race day treatments for trainer Robert Smerdon and other members of a “circle of trust”.

Float driver Greg Nelligan said he and Smerdon had an agreement that a “top-up” meant administering sodium bicarbonate and Tripart paste to horses on race days.

“Between Robert and myself it later became a signal to do a race day treatment,” Nelligan told the Victorian Civil and Administrative Tribunal on Monday.

Nelligan initially said only he and Smerdon were involved, before admitting other members of the Aquanita eight were part of the “circle of trust” who knew about the race day top-ups.

Nelligan said he did not actually administer the top-ups each time he was asked.

“I was frightened of being caught every time.”

Nelligan was not paid to do the top-ups.

Eight people associated with thoroughbred management company Aquanita Racing were banned over the conspiracy to cheat in more than 100 races over seven years.

During his early evidence implicating Smerdon, Nelligan said he only actually administered the top-ups a maximum of 20 times because he was afraid of being caught.

Nelligan was then asked about texts found on his mobile after he was caught inserting a syringe into the Smerdon-trained Lovani’s mouth on Turnbull Stakes day in 2017.

In texts with Queensland trainer Liam Birchley on the eve of the 2015 Melbourne Cup, Nelligan claimed he had “two Cup horses as well”.

He texted: “Robert had me do one for the guy with the Cup horses a few years ago so it’s not out of the circle of trust but I still don’t tell him.”

Nelligan on Monday said he had no recollection of that and no idea why of he talked about giving bicarb top-ups to Cup horses.

Nelligan conceded there was in fact a circle of trust.

He said Smerdon and trainer Tony Vasil were part of it and reluctantly admitted his wife Denise Nelligan was also in the circle of trust.

Asked about Birchley and trainer Stuart Webb, he said: “I think so.”

After being subpoenaed to appear at VCAT, Nelligan prefaced his responses to questions with a legal claim that his answers may tend to incriminate him.

Smerdon and the Nelligans were disqualified for life over the cheating conspiracy.

Pennuto (two years) and Garland (one year) denied being involved when they gave evidence last week after being subpoenaed by RV.