Apprentices Title Comes Down To Wire 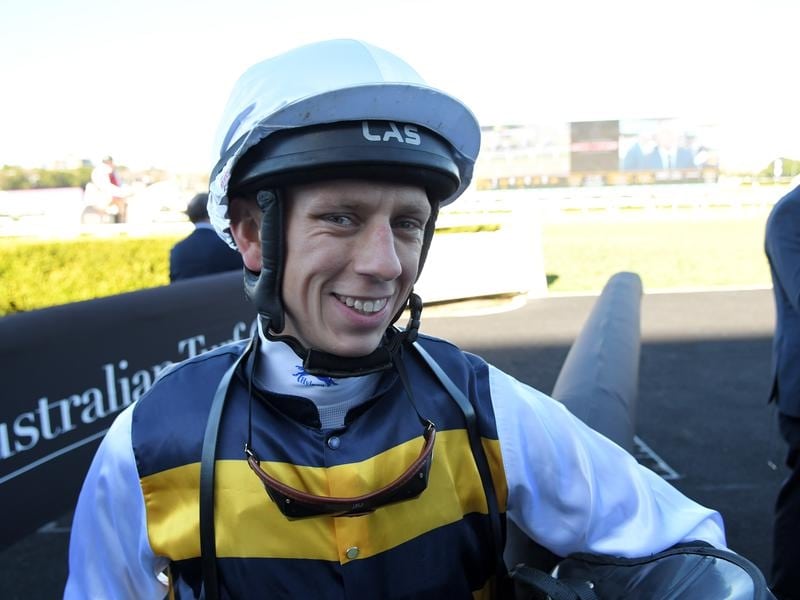 Jean Van Overmeire will head to Canterbury with five possible chances to close the gap on Rachel King in the Sydney apprentices’ premiership.

King has three scheduled rides on Wednesday to hold her rival at bay as she tries to maintain a narrow lead.

King, who has 38 metropolitan winners this season, has ridden for the past few months without a claim while Van Overmeire has made his presence felt in recent weeks, bridging the deficit to 3-1/2.

Van Overmeire, who is indentured to Bjorn Baker, still has a two kilogram claim.

He started with six rides for the meeting but has lost Mo The Great who has been scratched and needs two more scratchings for emergency Vega to get a start.

The Canterbury meeting is the second-last of the season with many winter horses coming to the end of their preparations before they turn a year older.

Former Victorian horse King Tomlola has been a welcome winter addition to the Gerald Ryan stable and will be aiming for his fifth win from six starts since being transferred north.

Ryan also entrered him for Rosehill on Saturday but said he would go to Canterbury despite having to carry 62kg.

“He has done a super job and will run on Wednesday with Josh Parr to ride,” Ryan said.

“He is in good form and carried the weight last time.”

King Tomlola broke his maiden on May 5 at Newcastle and backed that up with two wins at Hawkesbury.

He then ran fifth at Canterbury on June 20 before going back to Hawkesbury on July 15 to win over 1800m carrying 62kg.

Stablemate All Carisma will be returning to the scene of his latest win after beating just one horse home when tried in Saturday grade at Randwick.

All Carisma won at Canterbury in January and first-up this campaign ran a solid second at Newcastle before the Randwick failure.

“He put in bad one at Randwick but he’s good and I expect him to run well,” Ryan said.