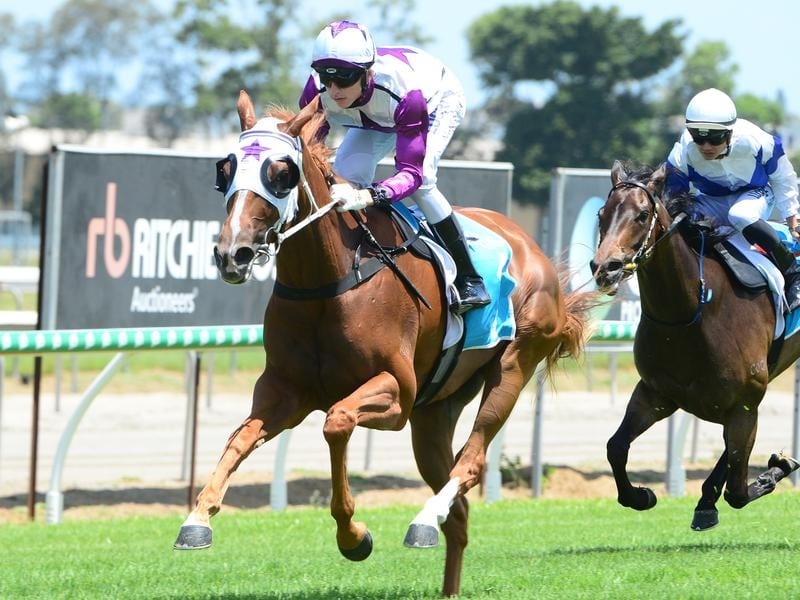 A quick decision by Toowoomba apprentice Baylee Nothdurft to get his city Saturday licence has seen him ride his first metropolitan winner on Oaks hopeful Barefoot.

Nothdurft has had an interrupted career thanks to injuries and suspension but he has ridden 130 winners, mainly on the Darling Downs.

“It was great to get a winner and I was nervous in the run because we were travelling so well. It was just a matter of getting into the clear,” he said.

Trainer Tony Sears originally had Michael Cahill set to ride Barefoot but when he saw the weight spread in the field, with his filly having 59kg, he elected to claim.

“I rang Baylee and asked him to try to get his city licence which he did. Michael was very good about it and helped Baylee with advice on how to ride her,” Sears said.

Barefoot is entered in the Magic Millions Guineas next Saturday but she won’t be running.

“I made it clear all along she would run today and then at Caloundra in a fortnight before a spell,” Sears said.

“I think next winter we could have an Oaks filly.”