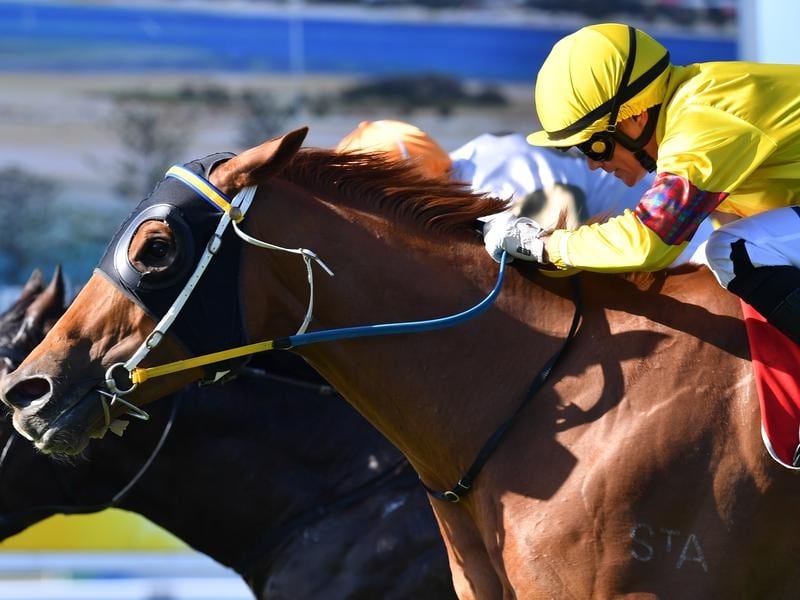 Guy got plenty of kudos after he and his co-trainer son Dan coaxed a first Queensland win out of the former Perth mare at the Sunshine Coast two weeks ago.

A multiple stakes winner in the west, Volkoff ended up in Guy’s Gold Coast stable after failing to reach her expected price at the Magic Millions National Broodmare Sale in June.

Volkoff had little luck when unplaced at her first two starts for Guy but returned to the winners’ list with a barnstorming effort at the Sunshine Coast over 1000m.

The seven-year-old mare paid the price for her effort when she was given top weight of 59kg in the CJA Produce Handicap (1050m) on Saturday.

It put her at a weight disadvantage against some of her rivals from the Sunshine Coast.

Guy elected to go with Gallagher who has been adapting to metropolitan racing after a successful early career in NSW country areas.

Gallagher, who is now indentured to Matt Dunn at Murwillumbah, rode a double at the Gold Coast on Wednesday.

“Clayton has plenty of experience and he is a patient rider. You saw that with his efforts on Wednesday,” Guy said.

“The way horses are weighted here means they can go up quickly depending on what else is in the race and and often you have little choice but to claim.”

Guy said he had changed the gear on Volkoff including adding blinkers for her last start.

“With these old mares you have to come up with new ideas,” he said.

“She has bloomed here and she did everything perfectly last time. There is no reason she can’t go on.”