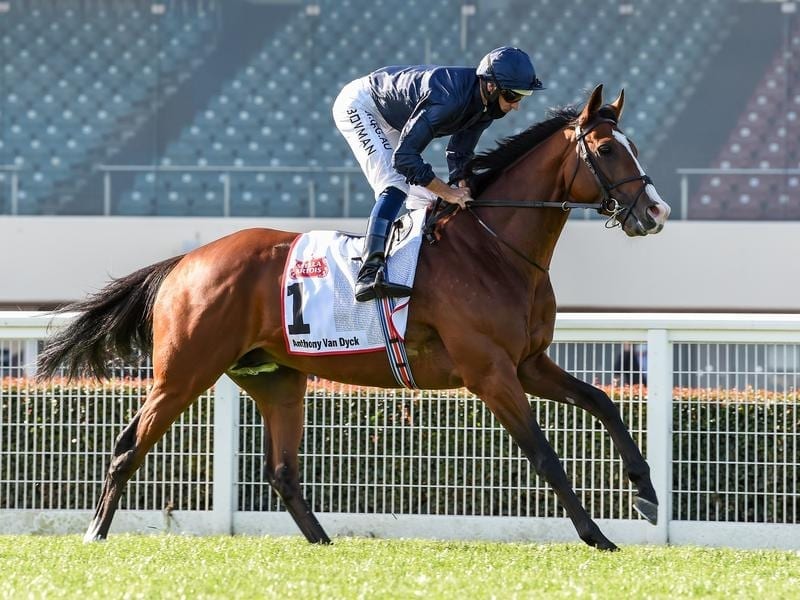 The commencement of the Australian Melbourne Spring Carnival is four months away, yet there is plenty to be played out between now and then. The key issue heading into winter is how many international runners will we see arriving in Australia for the Cox Plate and Melbourne Cup.

Racing Victoria’s Melbourne Cup report and recommendations for international runners is set to be released in the not too distant future, and it has several key stakeholders biding their time before making key decisions. The report is likely to place tight restrictions veterinary and diagnostic imaging protocols on international horses after it was revealed ill-fated Melbourne Cup runner Anthony Van Dyck was lame prior to the race.

The Aidan O’Brien trained horse was euthanized after he broke down during the running of the 2020 edition of Australia’s biggest race. A report released today has revealed that the horse had been lame over one month prior to the race and had been administered a nerve block injection on October 9. Anthony Van Dyck is the seventh horse international horse to die in the Melbourne Cup in as many years.

According to Australia’s The Age newspaper, The Melbourne Cup fatality report will be publicly released on Wednesday. The Age’s Damien Ratcliffe claims that “it was due to be published earlier this year but Racing Victoria delayed its release to coincide with the findings of a wider review into Melbourne Cup deaths and injuries at the Werribee quarantine facility”. No doubt many international owners and trainers will be awaiting the full findings of the report and its practical implications on horse management before committing their charges to an Australian campaign.

One of those also playing the waiting game is the Moonee Valley Racing Club, which each year attempts to lure some of the biggest international names to the best weight-for-age race in Australia.

Since the great mare Winx won her last Cox Plate in 2018, the race dubbed “the best two minutes of sport in Australia” has been taken out by two elite international runners. Japan’s Lys Gracieux was dynamic in 2019, and the Irish-bred Sir Dragonet saluted in 2020.

The release of the report and recommendations for international runners is being built up as one of the biggest moments in recent times in racing. If whispers are anything to go by, then there will be quite the number of hoops to jump through in order for those runners to compete down under.

The key behind the Melbourne Cup report will be how international trainers and connections receive the new protocols set to be in place. Runners will need to tick off certain checkmarks before even heading to Australia, and if they fail to do so, then they will not be permitted to race here.

Racing Victoria is keeping its checklist close to its chest, but if recent history is anything to go by, the 2021 Spring Carnival could see fewer international runners than what we have seen in the past.

It has been revealed that the Moonee Valley Racing Club reached out to trainer William Haggas in an attempt to convince him to bring out his star Addeybb for the Cox Plate, but the invitation was quickly rejected.

One of the high-profile owners in the industry is Ozzie Kheir, who famously purchased Sir Dragonet and had him primed for an ultimately successful run in the Cox Plate.

Kheir has admitted that he has not yet splashed the cash on any international runners as he is eagerly awaiting the release of the report out of Racing Victoria.

Kheir’s key concern is the fact that a vet abroad will tick off his runner before they get on the plane, yet he may pay for the horse to get here from the UK only to be told that the local vets have not cleared them to compete.

While Kheir has quite a few runners on his radar, he is one of many key stakeholders who are being forced to wait and see.