Annavisto Too Classy In Bendigo Guineas 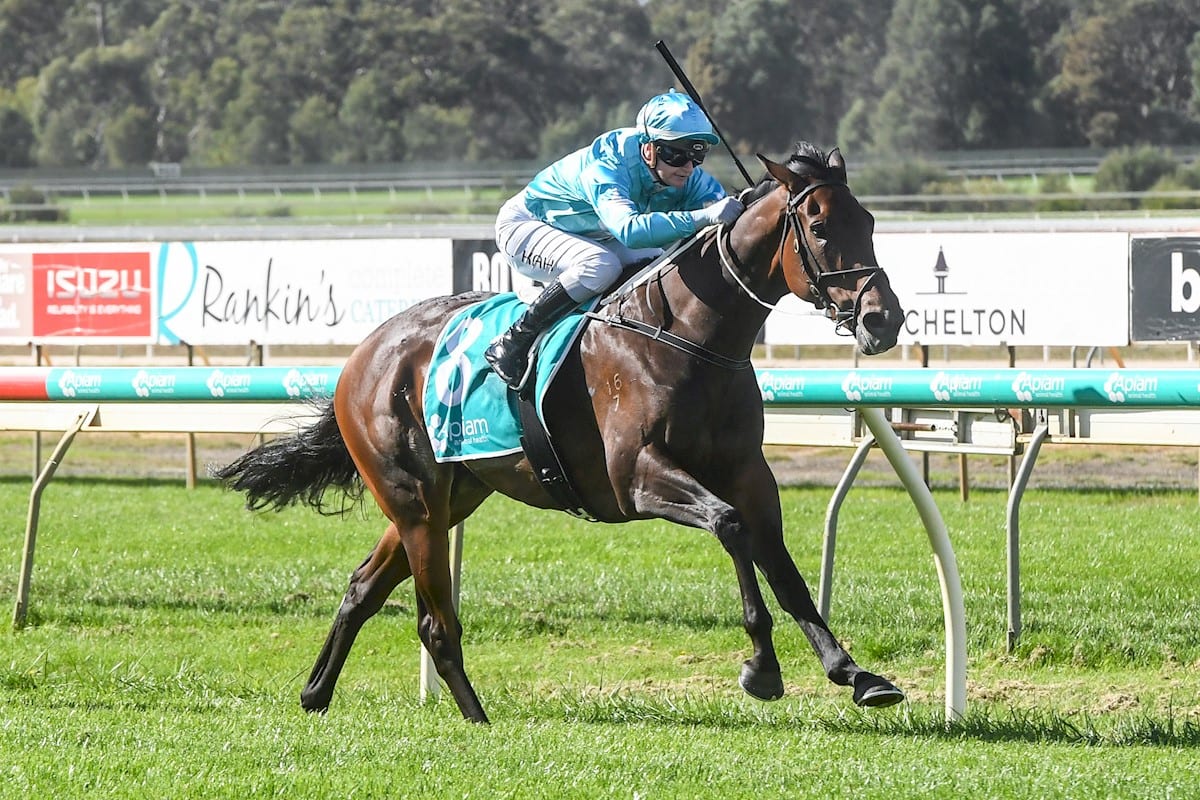 Annavisto has secured some important black type for her connections with an all-the-way victory in the Listed Bendigo Guineas (1600m) on Saturday.

And the Mick Price and Michael Kent Jr-trained filly was on her best behaviour, giving rider Jamie Kah an easy steer.

Annavisto has been her own worst enemy on occasions and blew the start when beaten by stablemate Cumberbatch at Flemington on March 6.

Price and Kent Jr called for a crossover noseband to be applied to Annavisto’s gear on Saturday which Kah said was instrumental in her success.

“She’s a quality horse and she’s been doing it a little bit upside down in her runs,” Kah said.

“They put the crossover on her and she was probably going to be a bit keen early, so the idea was to just go with her.

“Once she got to the front, she went lovely. As soon as I crossed to the lead, she dropped the bit.

“She looked around, but she won with plenty (in hand), I think.”

Kent Jr said the kind hands of Kah were instrumental in getting Annavisto to settle after the filly jumped well after a slow start at Flemington last time out.

He said there was no pre-race plan on how the filly should be ridden on Saturday.

“I think it suited being drawn wide and the key to getting her relaxed,” Kent Jr said.

“It’s huge. Bill Frost and his wife are here, they’re big supporters of this stable and it’s important to get a stakes’ win for this filly and a few boys from the Bombers are in it as well, including Jobe Watson.”