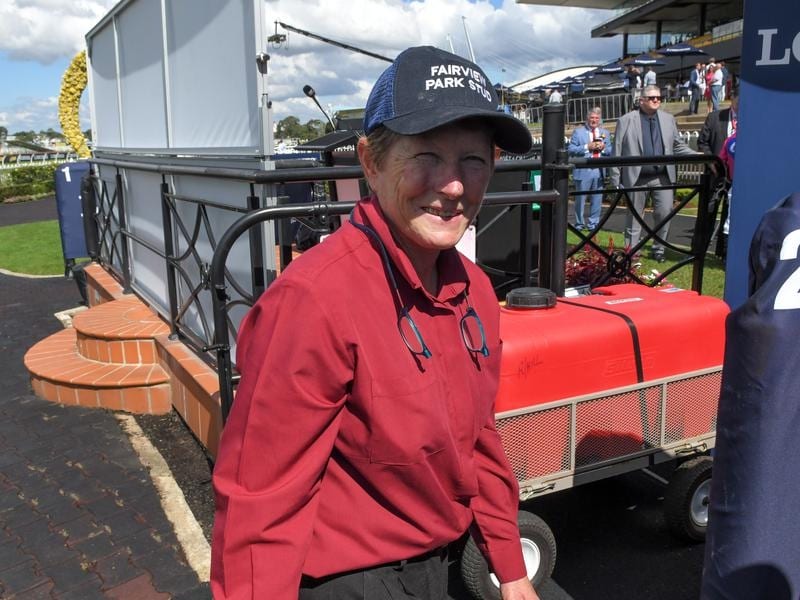 Angel Of Truth may have earned a shot at the ATC Australian Derby while runner-up Madison County lost no admirers in a thrilling finish to the Tulloch Stakes.

The Gwenda Markwell-trained three-year-old led throughout, fending off a chase by Kiwi galloper Madison County, to take out the 2000m Group Two race at Rosehill on Saturday.

Markwell said she had been quietly confident of the horse’s chances adding that he took benefit from his run over a similar distance last start.

“When the horse got off the truck today he had a spring in his foot, I thought he’d race well,” Markwell said.

“I thought his runs were very, very good, you know he hasn’t got that many miles or that much racing under his belt to sort of compete in these staying races.

“He cantered in front and I thought ‘they’re walking here – so it’s going to be hard to run down because he just keeps coming’.”

Markwell was full of praise for winning jockey Corey Brown, saying he was one of her luckiest riders – and it may well have been his experience that won them the race.

“I did suggest the first two races have been up on speed on the fence, I said I think that’s the best part of the track,” Brown said.

“I felt like I bogged down more when I got out there so he was definitely in the right part.”

“(We were) thinking more of a Queensland Derby but he showed today that he’s definitely taken that next step and he deserves a shot.”

Madison County was beaten as favourite but his connections were happy with his performance on an unsuitable track.

The gelding holds a nomination for the Derby (2400m) and Doncaster Mile (1600m) with co-trainer Andrew Forsman favouring a start in the former.

“I know some people are keen to see him run in the Doncaster but I’m just not convinced he’s that sort of horse and I know (jockey) Tommy (Berry) shares the same opinion,” Forsman said.

“We’ll have to go through the process and talk to everyone and see what they want to do.”