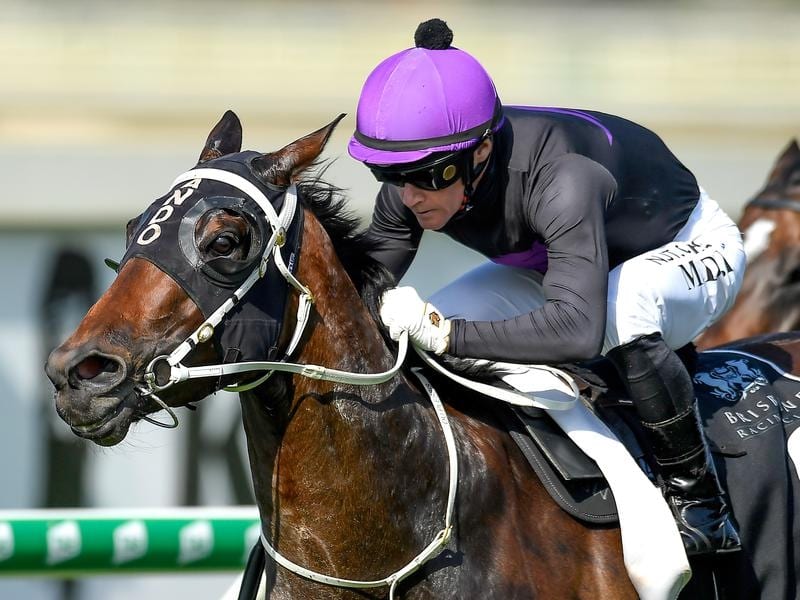 In-form trainer Chris Anderson is hoping history will repeat itself for his mare Boomtown Lass at Doomben.

Boomtown Lass will be chasing valuable black-type in the Listed Hinkler Handicap (1110m) where she has drawn barrier 15.

The 1110m start at Doomben can be a real problem for horses drawn wide on the track.

But Boomtown Lass is proof that isn’t always the case as she is one of only a few horses to win from a barrier outside seven from the start this season.

“The horses inside her went berserk and next thing we knew she was third on the fence.”

“It would be too much to expect that to happen again but it did show she doesn’t necessarily have to lead.

“The other unusual thing is a lot of other pace in Saturday’s race is drawn wide as well. It will make things interesting.”

Boomtown Lass was originally on her way to the spelling when the winter carnival was scrapped.

“But when they decided to have a reduced carnival I decided to give her two short sharp runs,” Anderson said.

“She was on the float and I actually rang the float driver to bring her back.”

Boomtown Lass showed she appreciated the second chance when she won a barrier trial at Doomben last week.

She ran the fastest time by nearly a second for the ten 1000m trials on the day.

“It was a good trial and let’s hope she can run up to it,” Anderson said.