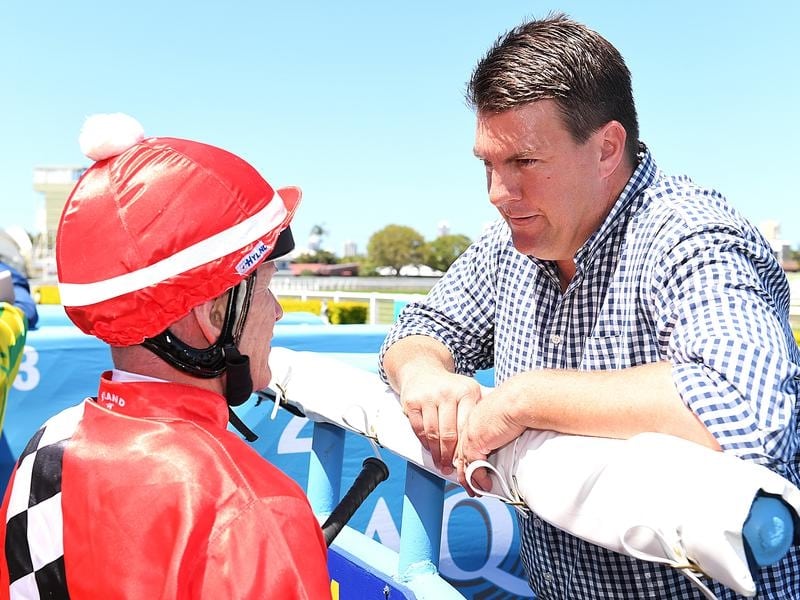 The seven-year-old Colour of Money steps out to 2200m for the first time this campaign in Saturday’s Superchicken Seafood and Burgers Handicap.

Colour Of Money was formerly prepared by James Cummings in Sydney before he became Godolphin’s trainer,.

The gelding helped his owner, four-time Melbourne Cup winner Dato Tan, achieve an ambition to win the Bong Bong Cup which is run near his Think Big Stud in the NSW Southern Highlands.

“We have won a couple with him including his last start at the Gold Coast over 1800 metres,” Anderson said.

“He is out to a suitable distance on Saturday as he has been placed up to 2600 metres. This might be his chance to fulfil his final aim of winning a metropolitan Saturday race.

“The owners have a soft spot for him so it would be great to win a Saturday race for them.”

“We had a winner at Doomben on Wednesday so let us hope it keeps going.”