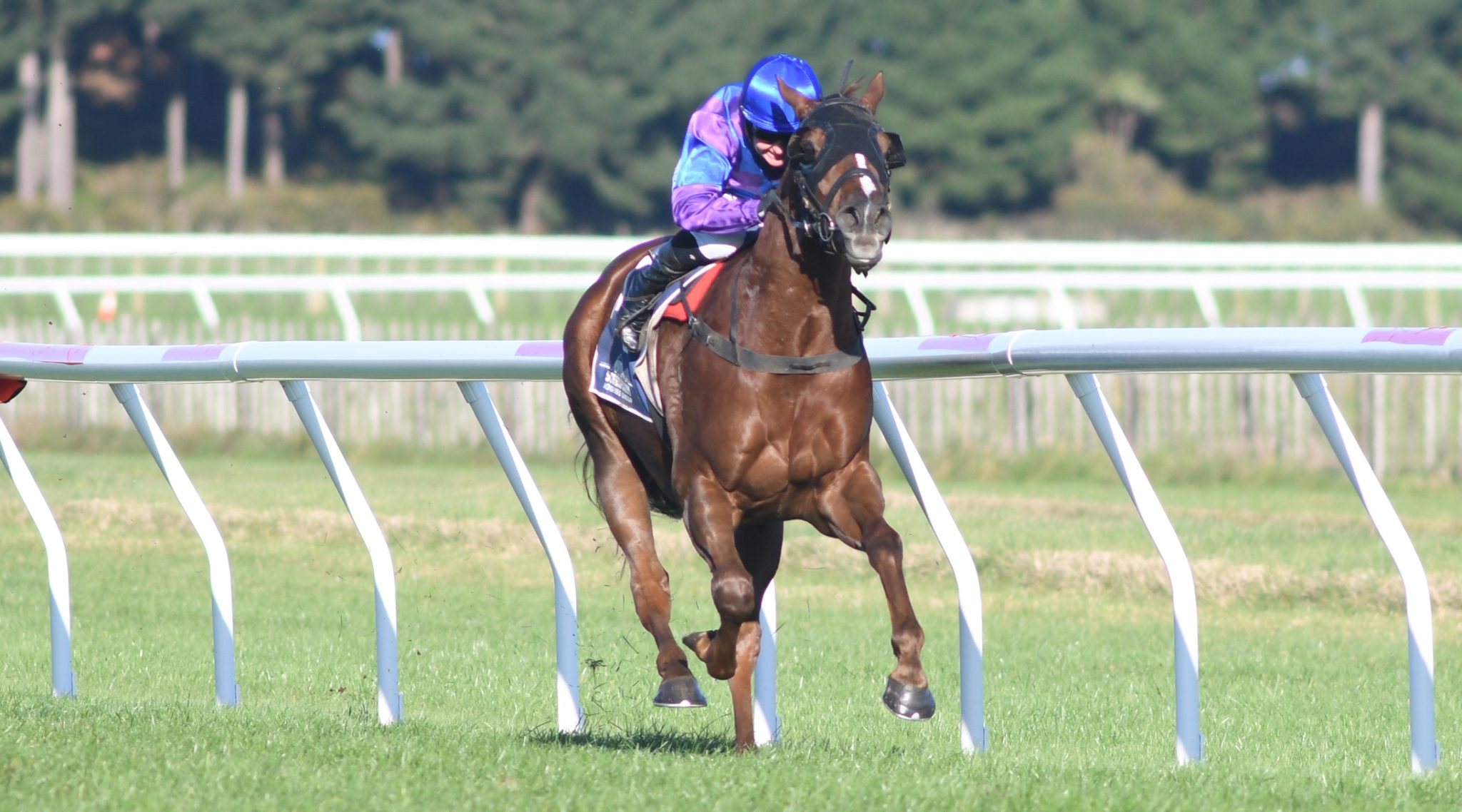 Connections of the capable Amusez Moi have erred on the side of caution and resisted the temptation to deviate from their original Hastings plan with the proven wet ground performer.

They deliberated on a late change for a crack at Saturday’s Group 1 Arrowfield Stud Plate (1600m) with the stakes-winning six-year-old before opting to take the softer option of the open handicap sprint.

A heavy track and the absence of at least two leading contenders, namely elite level winners Imperatriz and Dark Destroyer, from the main event had prompted Amusez Moi’s camp to ponder a switch of focus.

“We did give it serious consideration, but we felt sending him second-up to a Group One mile on what will be a testing track was a bit unfair on the horse,” said Johno Benner, who prepares the gelding with Hollie Wynyard.

Amusez Moi will step out in the Colliers Commercial Hawke’s Bay Premier (1300m) with loftier targets to follow later in the son of Dalghar’s preparation.

He ended his previous campaign with victory in the Listed AGC Training Stakes WFA (1650m) at Waverley in June and returned earlier this month to finish seventh over 1400m at New Plymouth.

“He’s a talented horse and I think he’s got a really good race in him at 1600m. He likes to get his toe in the ground, but he can run on the dry,” Benner said.

“I thought his run the other day was okay, he was first-up for a while and it was very hard to make up ground on the day.

“He made up more than most and I was happy enough with him. He has improved and I think he will go well on Saturday.

“Obviously, 1300m will be a bit short for him, but it is a stepping-stone to where we are heading.”

The Group 3 Thompson Handicap (1600m) at Trentham next month is pencilled in for Amusez Moi.

“That might be the first winnable target for him with a bit of luck, it being a handicap,” Benner said.

Amusez Moi is relatively lightly raced for a six-year-old with six wins and nine placings from his 24 appearances.

“He’s a typical Dalghar and needed a bit of time and hopefully he is in for a good campaign this time around,” Benner said.

Stablemate Titled has also required patient handling with the Exceed And Excel four-year-old posting an overdue maiden victory at his 13th start last time out.

He had previously registered 11 top four finishes, including placings last season in the Group 2 Championship Stakes (2100m) and the Group 3 Manawatu Classic (2000m).

“He will probably go to Waverley next week. Time has been his best friend, he’s going well and hopefully he can go to a good grade this year,” Benner said.

The stable’s accent is on youth with a number of sparingly raced and untried horses in the system.

“We’ve got a beautiful young team of horses. It’s a time-consuming lifestyle, but they are all going well,” Benner said.

“We’ve got a fair few two-year-olds coming through and they’ll be stepping out around Christmas time.”