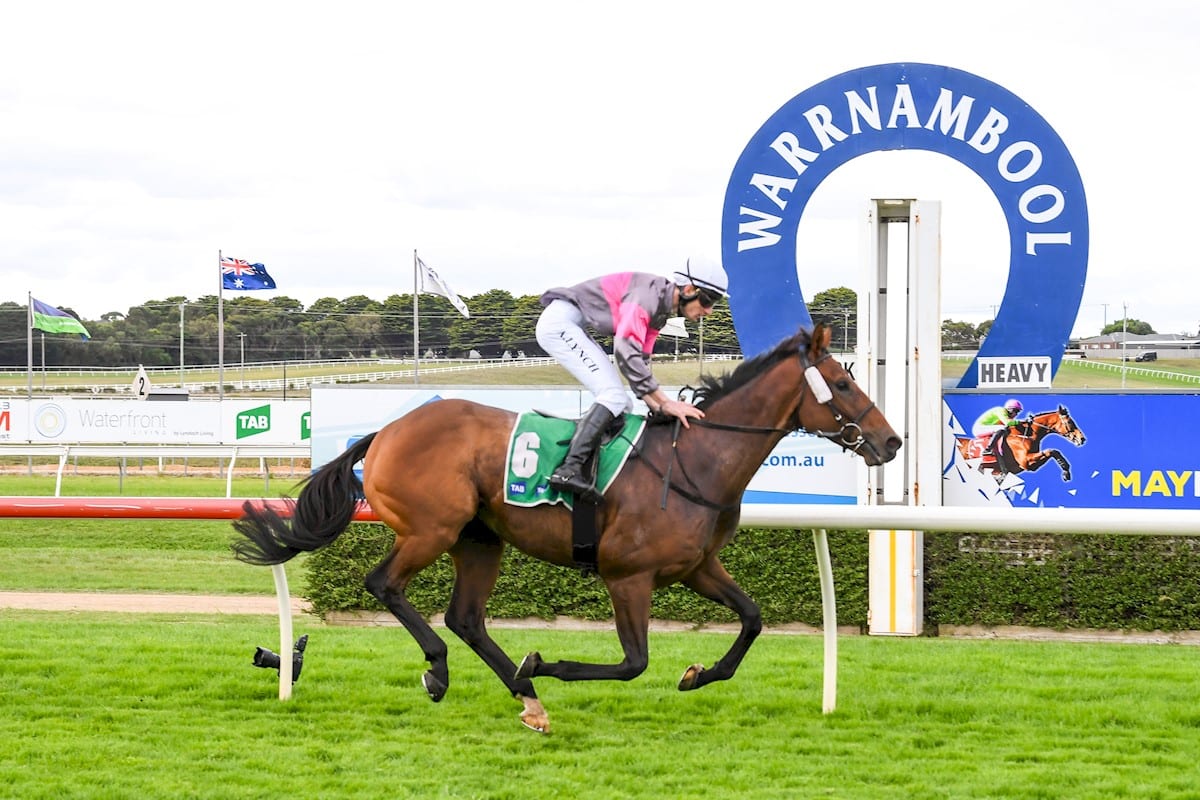 Local trainer Symon Wilde has qualified two horses for Australia’s longest flat race after American In Paris took out the Road To The Jericho Cup (3300m) at Warrnambool on Friday.

Wilde already has Only A Mother qualified for November’s $300,000 Jericho Cup (4600m) courtesy of his win in the Jericho Cup Consolation last year.

Friday’s race was the first of 10 qualifying races for this year’s Jericho Cup.

A well-backed +180 favourite under Aaron Lynch, American In Paris defeated Holburt (+260) by two lengths with Under The Bridge (+700) the same margin off third.

Wilde trains not only the winner but the third-placed runner as well as fourth-placed Field Of Lights.

American In Paris is set for a long season with Wilde setting his sights on jumping the gelding through the upcoming winter season.

Wilde won last year’s Jericho Cup with Count Zero and is looking to have a strong representation this year.

“He (American In Paris) looks an ideal type for the race,” Wilde told racing.com.

“He mixes his form a little bit, but I think the fact that he was going through the paddocks, up and down hills, it switched him on.

“I think he could have a bright future, especially over the jumps.

“He’s quite good at the caper, so he’ll have a season of jumping and then we’ll look to the end of the year.”

Wilde said Under The Bridge was an ideal Jericho Cup horse and now has some points towards the race while Field Of Lights was anchored by the weight.

“He’s had a fantastic season and may have come to the end of it,” Wilde said of Field Of Lights.

“He’s got seven points and could be in, so we’ll make plans with him towards the Jericho.”