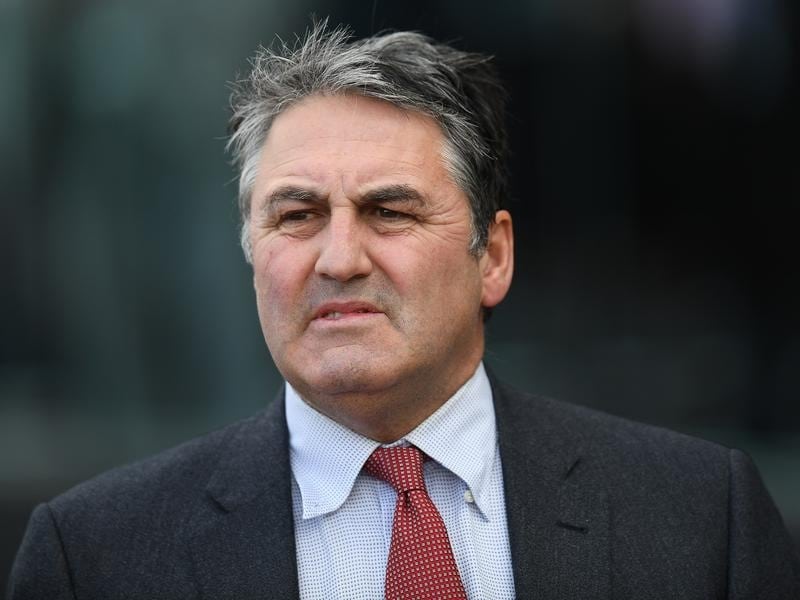 Well-performed Japanese horse Ambitious will get his latest opportunity to snare a Group One win in the Underwood Stakes at Caulfield.

A Group Two winner in Japan, Ambitious was placed twice at Group One level in his first Australian preparation in this year’s Tancred Stakes (2400m) in Sydney and Doomben Cup (2000m) in Brisbane.

Ambitious was also nominated for Saturday’s Group Two Hill Stakes (2000m) in Sydney but trainer Anthony Freedman’s racing manager, Brad Taylor, confirmed the horse would run in the Underwood ahead of the $5 million Caulfield Cup (2400m) on October 20.

“He’s a horse that needs clear galloping room and it was a bit tricky from barrier one and he just got held up on the corner last start,” Taylor said.

“But he got going again and his best work was through the line.

“We’re very pleased with him and he has come on from that.

“We’ll give him a look around Caulfield before the Caulfield Cup and hopefully he can draw a middle barrier and get a bit of clear galloping room.

“He can certainly make his presence felt. If you look at his best form in Japan over 1800 to 2000-metres it’s some of the best form in the world so if he showed his best he’s certainly going to be very competitive in the Underwood.”

Taylor said they were looking forward to Sunday’s race, with Mark Zahra to again take the ride.

He said the plan at this stage was for Ambitious to run in the Caulfield Cup at his next start after Sunday.

A decision whether he backs up in the Cox Plate a week later would be made after that, while Ambitious also holds a Melbourne Cup entry.

While the Underwood gives Ambitious a chance to race at Caulfield for the first time, Taylor said that was not necessarily the attraction of the race.

“This is the perfect race,” he said.

“He could take on Winx next week in the Turnbull but we don’t want to do that and the three-week gap suits him better.”