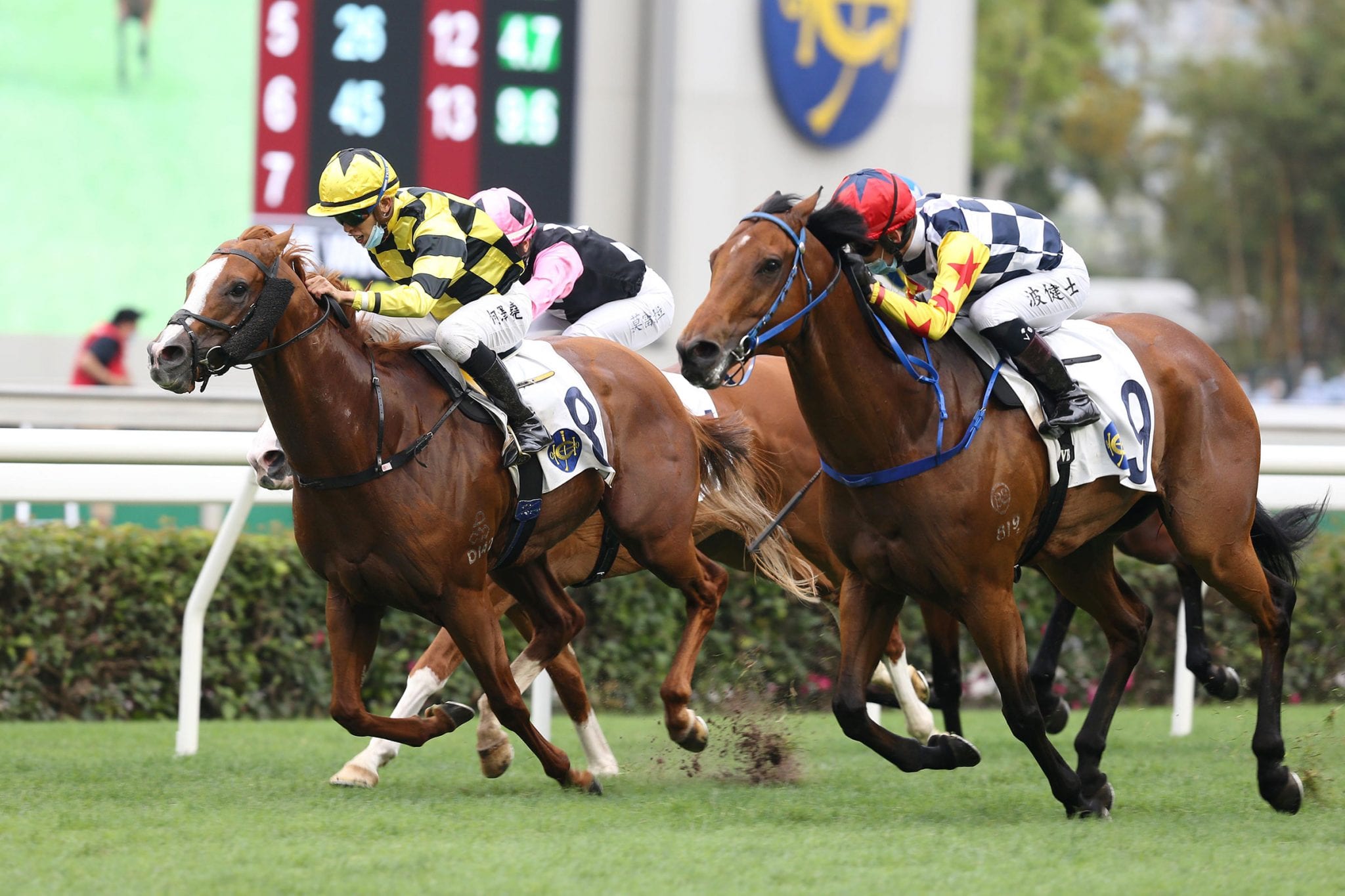 Struggling to comprehend the fact Amazing Star – a +17800 bolter – had temporarily laid waste to +180 favourite Wellington’s standing as Hong Kong’s sprint heir apparent, Ting jubilated in one of the jurisdiction’s greatest upsets in a feature race.

Easily held in five previous outings, finishing no closer than fourth, the son of Darci Brahma enjoyed a perfect trail behind the speed under Vagner Borges before striking the lead and then withstanding a searing late surge from Stronger.

Beauty Applause was third, ahead of Wishful Thinker, while Wellington crossed in fifth place, two and a half lengths behind the winner.

“I still do not believe it,” said Ting, celebrating the most important win of his training career since being granted a full licence in 2018/19.

“Maybe the pace was a bit fast and it was suitable for him and it was a comfortable race. We had a lot of luck.

“After the start, I didn’t think we could win. Over the last 200 metres, I thought he had a chance – only then.

“At the beginning of the race, I didn’t think he could win. I was hoping he could run a place.

“This is the biggest win for me. Hopefully, there’s some more.”

Asked if a tilt at crack Japanese sprinter Danon Smash in the Chairman’s Sprint Prize was feasible – along with a HK$180,000 supplementary entry fee – Ting was non-committal.

“At this stage, I don’t know. The horse’s fitness is everything. He suffers from back problems, so I don’t know,” he said.

“He is an amazing horse – his name is Amazing Star.”

A four-time champion jockey in Brazil, 28-year-old Borges exalted in the biggest pay-day of his career after annexing the HK$4.5 million contest aboard a galloper who had never won at Sha Tin, posting five previous successes at Happy Valley.

“I’m very happy, it’s my first Group win in Hong Kong, I’m delighted – I have no words to describe how happy I am,” Borges said.

“As the race started, the horse jumped well and there was good pace, so I just sat there. When I asked the horse for a response, he responded really well and I was able to get the job done.”

The success was Borges’ 19th in Hong Kong this term.

“I’ve had to adapt to both racecourses since I based myself here and I know how competitive it is, but day by day I keep getting better and from now on, hopefully I can get some more support,” he said.

Wellington, touted as the speedster most likely to next ascent to Hong Kong’s sprint throne, was caught wide and failed to show his signature finishing burst, while Douglas Whyte is likely to press on the Chairman’s Sprint Prize with Stronger after his desperately unlucky performance.

Lui said: “Everybody knew the pace was going to be slow and he had to carry that weight (131lb), so before the race we discussed trying to be more positive and settle midfield, but when he jumped, he was just a bit slow. It was a big effort to win from where he was.

“I think he’s gone to another level – he’s kept improving. He’s got a good fighting heart.”

Confirming an FWD QEII Cup tilt, Lui said: “I don’t know if we can match the Japanese horses. I only got the horse this season, so I don’t know how much more he can improve but everything is positive.”

Poon believes the grey can continue to improve.

“He didn’t really travel comfortably because there wasn’t much speed but he’s got a big heart and he had to fight his way between two horses and he felt very strong doing that.

“He’s very fit and he’s wants to win. I think he’s got some class.”

Purton combined with Danny Shum and Regency Bo Bo to snare the second section of the Class 3 Harlech Handicap (1200m) before Joao Moreira drove Super Winner to a slender success in the Class 4 Peel Handicap (1400m) for Dennis Yip.

Ricky Yiu notched a memorable double with Mighty Giant in the Group 2 Chairman’s Trophy (1600m) and Pleasant Endeavor in the first section of the Class 4 Lugard Handicap (1200m).

Hurry Hurry Gain weathered mid-race setbacks to prevail for Vincent Ho and Frankie Lor in the first section of the Class 3 Harlech Handicap (1200m) to improve his record to two wins and a second from three starts after Blake Shinn guided Maldives home for David Hall in the Class 4 Severn Handicap (1600m).

Jerry Chau closed out the meeting with a desperately close win on Private Rocket for Douglas Whyte in the Class 3 Homestead Handicap (1400m), defying Joao Moreira on Kasi Farasi by a short head.