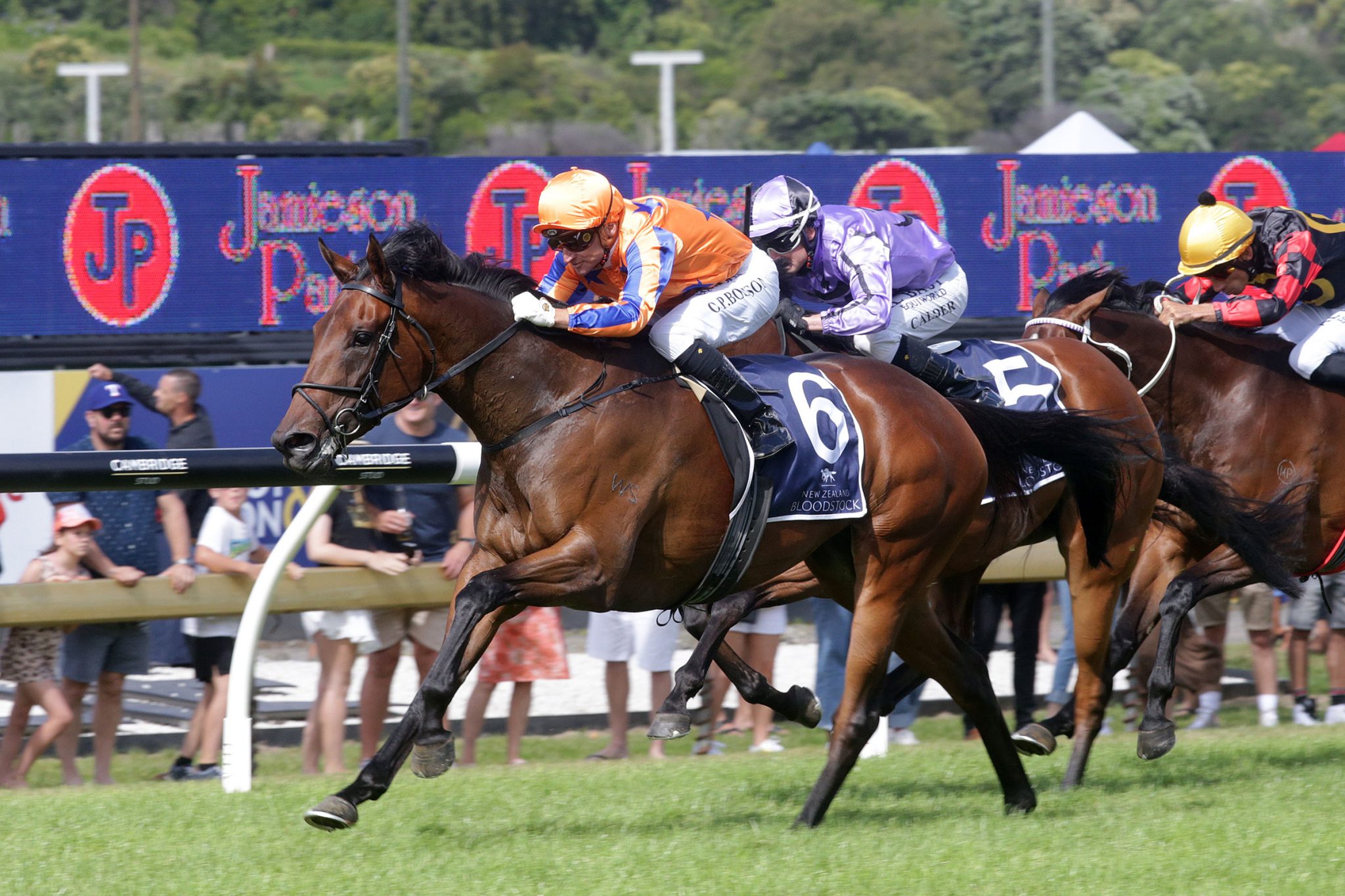 Te Akau’s Australian raiding party received more firepower over the weekend with the addition of last season’s New Zealand Filly of the Year Amarelinha to their Sydney barn.

The Group One winner arrived in Australia on Sunday in preparation for her likely first target of the spring, the Group 3 Bill Ritchie Handicap (1400m) at Randwick next month.

“She is in good shape. She arrived there yesterday morning. She had a good trip over and settled in well,” trainer Jamie Richards said.

“She had a canter this morning and everything seems to be going to plan at this stage.”

Amarelinha had two trials in New Zealand, including a runner-up result behind stablemate Entriviere over 900m at Ellerslie earlier this month.

Richards has taken it quietly with the daughter of Savabeel since then but has been pleased with her progression prior to leaving his Matamata base.

“We just backed off a bit after that trial at Ellerslie,” he said. “She seems to be going well and she is a mare that is going to appreciate it being a bit warmer in Sydney.

“She will trial on Thursday and we will make a plan from there. If she runs well she could kick-off in the Bill Ritchie, which is on the 18th of September.”

Meanwhile, Richards has received positive reports from his father, Te Akau travelling foreman Paul Richards, about the progress of Entriviere after suffering a minor foot issue earlier this month which ruled her out of the Group 3 Toy Show Quality (1100m).

“She seems to be in pretty good shape. Dad is happy with how she is doing over there and the plan is for her to trial on Thursday as well,” Richards said.

“She will kick-off on Saturday-week in the Sheraco Stakes, it should be a nice race for her first-up – a Group Two 1200m fillies and mares.”

Back home, Richards is looking forward to racing resuming in New Zealand this week with the country, with the exception of Auckland and Northland, set to ease to COVID-19 Alert Level 3 restrictions on Tuesday night.

Richards has also welcomed the decision to delay the Hastings Spring Carnival by a week, with Avantage looking to add to her nine Group One victories.

“Everybody thinks that is common sense, they have approached that the right way,” he said.