Amanaat Back Among The Winners

Racing Online - Horse Racing News - Amanaat Back Among The Winners 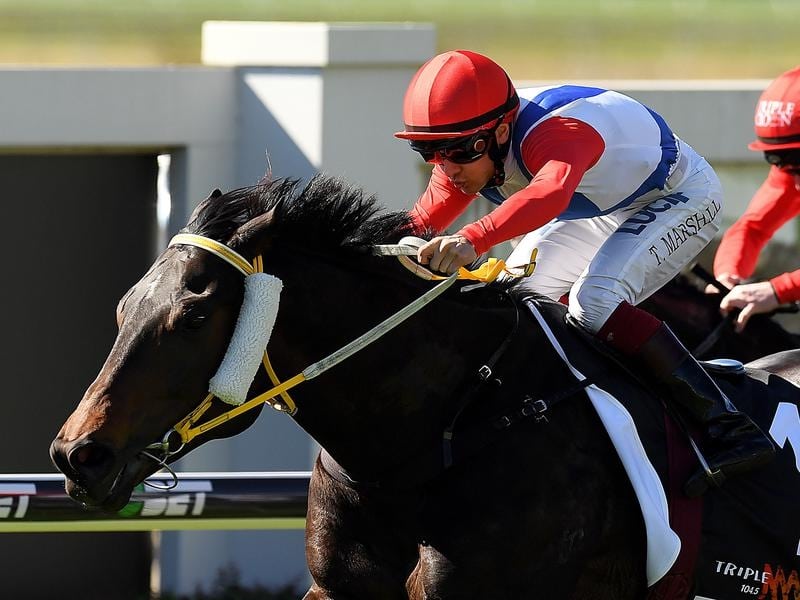 Consistent sprinter Amanaat has bounced back from serious injury to win at Doomben on Saturday and put himself on a spring carnival route.

The gelding was tipped to play a major role in the winter carnival after winning the Listed Weetwood Hcp (1200m) on April 7.

However, he was declared a non runner at his next start at Doomben when he broke his jaw in a barrier accident.

Trainer Ben Currie, who wasn’t at the track, has worked long and hard to get Amanaat back on track.

His father Mark Currie said it was pleasing to see Amanaat back among the winners after the enforced lay off.

“We will wait until Ben gets back and then we can map out a plan for him. He’s done a good job,” Currie said.

Winning jockey Taylor Marshall said Amanaat was a strong galloper who would mix it in higher company.

“He really showed plenty of heart in the straight,” he said.

Tumbler was unlucky and was held up for a run at a vital stage.

Trainer Steve Tregea said he was pleased with Niccanova who could also head south in the spring.

“He was a different horse today from his first up defeat. It was a good run,” Tregea said.