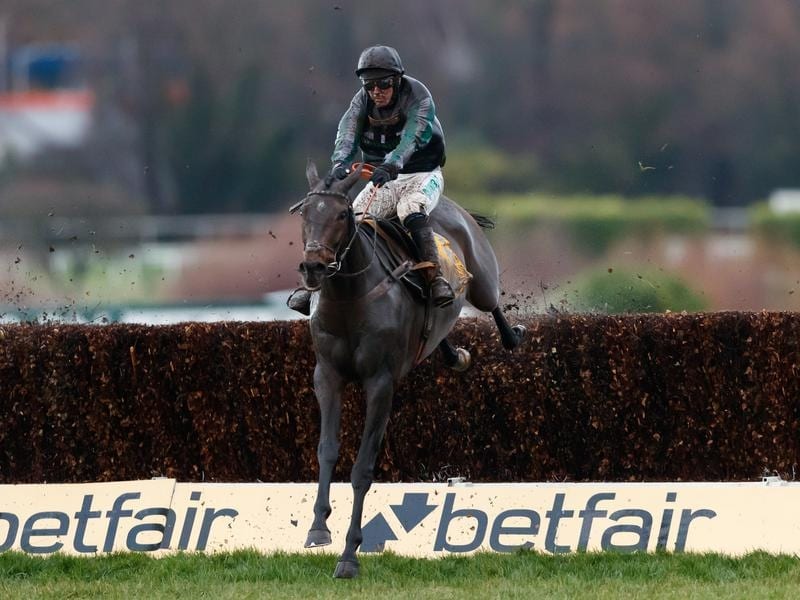 Star steeplechaser Altior has survived a heavy downpour and a determined Un De Sceaux to extend his winning streak to 15 in the Tingle Creek Chase at Sandown.

Previously unproven on such testing ground, the Nicky Henderson-trained Altior handled himself well under Nico de Boinville to win the Grade One race on Saturday (Sunday AEDT).

He has won his past nine steeplechases after putting together six hurdle victories.

After getting into his rhythm, Altior’s fencing was at its slickest, although Un De Sceaux made him pull out all the stops.

Turning in it seemed a matter of ‘how far’ for Altior as he loomed alongside the diminutive Un De Sceaux, but Willie Mullins’ multiple Grade One winner did not go down without a fight.

When Altior got in slightly tight to the last it gave Ruby Walsh chance to steal a length, but as he has done in the past, the 8-13 favourite powered up the hill to win going away.

“That was special,” Henderson said.

“I think that was really testing him today.

“We have always ummed and ahhed about soft ground.

Altior is at 8-13 to win the Queen Mother Champion Chase at the Cheltenham Festival in March.