Altior In Cruise Control At Kempton 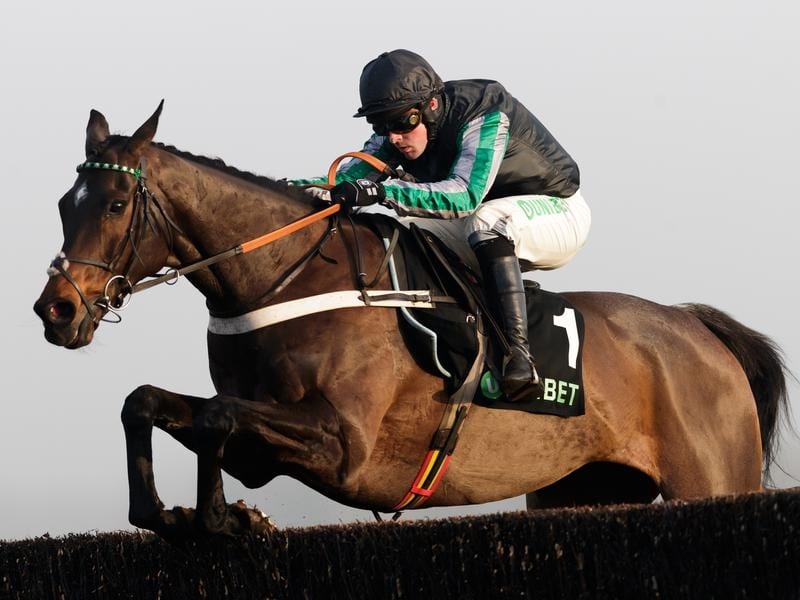 Altior has cruised to victory in the Desert Orchid Chase at Kempton Park to extend his winning sequence over jumps to 16.

After defeats for high-profile stablemates Buveur D’Air and Might Bite 24 hours earlier, trainer Nicky Henderson was able to breathe a huge sigh of relief as the 1-8 favourite cantered around for a routine success on Thursday (Friday AEDT).

Nico de Boinville had Altior in a challenging position coming out of the back straight and briefly Diego Du Chamil looked to be travelling just as well.

But as soon as Altior opened up, the race was over, and he sprinted away between the last two fences, with a flying leap at the last sealing the deal on the way to a 19-length triumph.

“After yesterday’s debacle and a few knocks here and there you get yourself in a fluster and start to worry about things,” Henderson said.

“We were coming back quickly (since the Tingle Creek) and we are going to try to come back quite quickly for the Clarence House at Ascot. He is fit and I’ve just got to keep him fresh and well.”

Henderson said Altior would be aimed at the Champion Chase at Cheltenham Festival in March and also compared him favourably to former star Sprinter Sacre.

“The amazing thing really is from Sprinter Sacre retiring you are lucky enough within a year to find another one that is getting very close to what he could do,” he said.

“They get to the point where anything bar that is sub-standard. They don’t get beaten, but if they don’t win by 20 lengths there is something wrong with them.”