All Over Bosanova To Step Out For Stokes 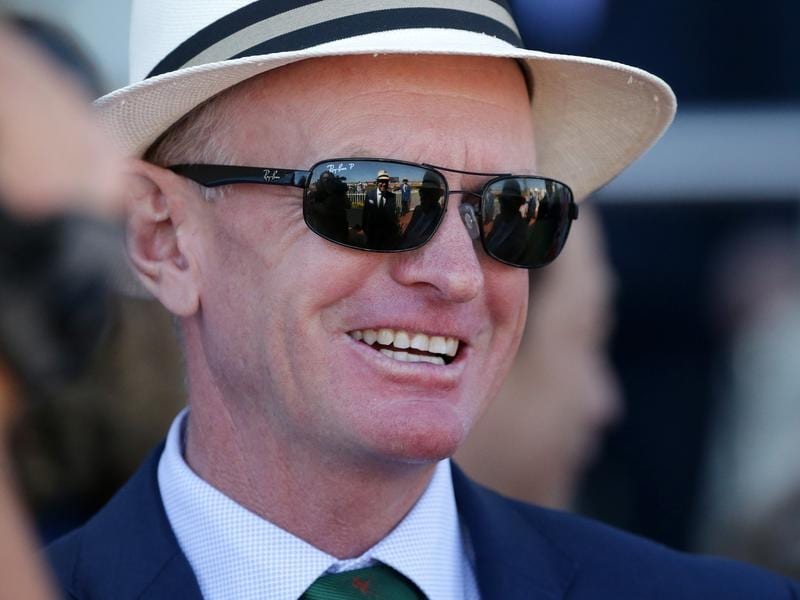 Phillip Stokes admits it has taken All Over Bosanova some time to familiarise herself with running anti-clockwise as the mare prepares for her first Melbourne start for her new trainer.

But Stokes believes the sprinter is getting the hang of it and expects to learn more about the speedy mare when she makes her debut for his stable in Saturday’s Noel Rundle Handicap (1100m) at Caulfield in which she is among the leading contenders.

All Over Bosanova began her career in Queensland and was successful at Listed level before finding her way to trainer John O’Shea in Sydney.

The mare raced five times for O’Shea for a win in the Camarena Quality (1000m) in Canberra and a placing in the Group Three Maurice McCarten Stakes (1100m) on a heavy track at Rosehill at her most recent start on March 16 before being transferred to Stokes in Victoria.

“She came down from Sydney with reasonable form and she’s very quick,” Stokes said.

“We had a little bit of trouble getting her used to changing her lead legs and going this way of going, but she is starting to really get the hang of it now.

“It’s a little bit of a watch and see on Saturday because we’re still learning our way with her, but I’m happy with her work.

“Caulfield is probably not the ideal track to be starting a horse off this way of going but if she gets around the track she will give them something to chase for a while.”

All Over Bosanova has top weight of 61.5kg in the benchmark 90 race for mares but Stokes’ stable apprentice Kayla Crowther’s claim takes 2kg off.

“I thought that looked like a really nice race for this mare to make her Melbourne debut in,” Stokes said.