All In Brawl To Kick Off Summer Campaign 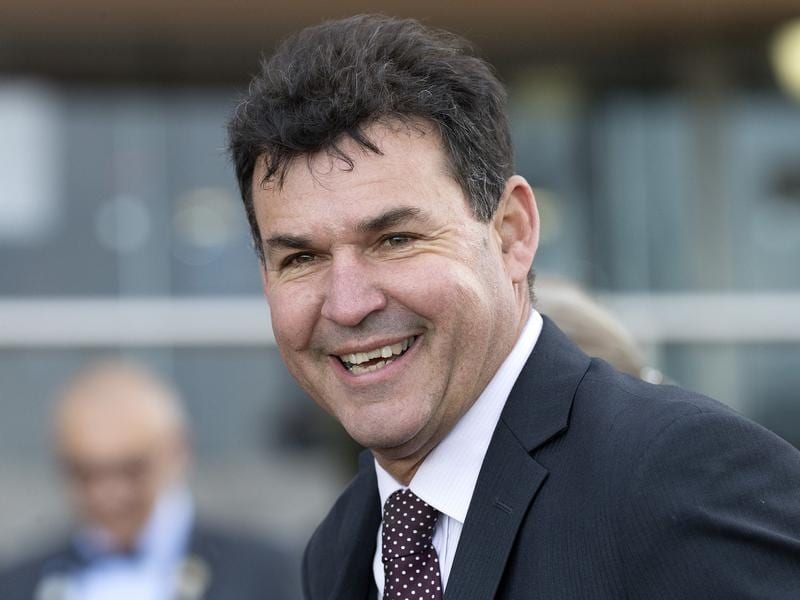 John Price is keen to give All In Brawl the chance to work through his grades during a summer campaign the trainer believes can start on a positive note on Pakenham Cup day.

Three-year-old All In Brawl began his racing career with a comfortable win on the Geelong Synthetic track in July over 1000m.

He then stepped out at Moonee Valley in early August over 1100m and looked the winner after rounding the field before being narrowly beaten by Mig Energy.

Price then gave All In Brawl a spell and the gelding makes his re-appearance in Saturday’s John Duff & Co 3YO BM70 Handicap (1000m) at Pakenham on the back of an impressive jump-out earlier this week at Cranbourne with race jockey Ben Melham aboard.

“He’s still a big rangy horse but he had a jump-out the other day and went extremely well,” Price said.

“He jumped quickly then Ben got right back to last then he worked home really well.

“I think that should have brought him on a little bit. He looks terrific so I’m really looking forward to it.

“I tend to just worry about my horse and not worry about the others but I’d like to think he knows what he’s doing a fraction better now and I think he should go very well.”

Price said he would take it one step at a time with All In Brawl, who the trainer hopes to be able to stretch out to 1200m at some stage.

All In Brawl’s performances in his coming starts this summer are likely to determine where Price targets the gelding next preparation.

“Tomorrow is going to tell us a fair bit,” the trainer said.

“He will have two, maybe three starts and if he comes through that and we still have got a promising horse then we’ll try to pick something out for him.

“But they’ve got to build a bit bigger portfolio than what he’s got at the moment.”

All In Brawl was the $3.60 favourite on race eve while Price will also saddle up seven-year-old mare Tykiato in Saturday’s Fulmen Park F&M BM78 Handicap (1400m).