All eyes on Zaaki ahead of G1 Underwood Stakes 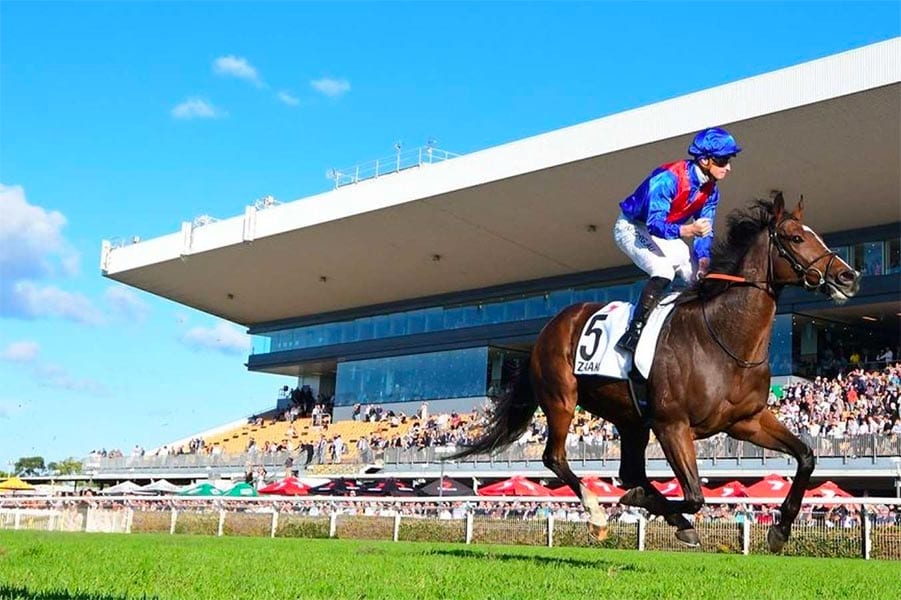 Cox Plate favourite Zaaki had his first gallop at Sandown this morning, with Craig Williams jumping on board as the horse prepares for his first Melbourne run on Saturday in the Group 1 Underwood Stakes (1800m).

The Annabel Neasham-trained gelding has now had six Australian starts, winning four-straight across New South Wales and Queensland, and now looks to add a Victorian win to his resume en route to the Cox Plate.

Williams has been booked to ride the son of Leroidesanimaux in his Melbourne campaign, which kicked off in the early hours of Tuesday morning with a track gallop at Sandown.

“I was really excited when Annabel plotted a course towards the Cox Plate to run three times down here in Victoria through the spring,” the champion jockey told SEN Track.

“This morning was a really good introduction, mainly for myself, and a chance for Zaaki since he’s been out to Australia to be competitive going left handed.

“He galloped solo and he was very lost on his own, the track had a lot of rain overnight and a bit of wear and tear, but he handled the track extremely well which is no surprise when you look into his European form.

“He’s a record holder at Epsom and he’s won twice there; I’d say Epsom would be one of the most trickiest tracks in the world – the reason why it’s so tricky is because they gallop downhill and it’s also cambered, so it’s really difficult for horses to balance.

“I’d say Sandown, that big, beautiful, flat track and being on the Hillside for the Underwood this Saturday, that all he’d have to do is accelerate and go the first part of the straight under pressure, from the 600 to the 400 is downhill, so it actually puts really good foundations for him to be able to compete in a Group 1 Underwood Stakes on Saturday from his experience in Europe.”

“He has that presence about him when he just walks around, let alone being on his back,” he said.

“But he is quite unassuming in his work when he is on his own and that’s the whole reason why he was asked to be there on his own today.

“I’m really happy with how he is progressing and with where Annabel has got him when he’s got three more racing targets in sight.”

Zaaki’s four consecutive victories have come by a combined margin of 12.25 lengths, including a seven-length romp in the Group 1 Doomben Cup (2000m) on May 22 and a 2.25-length victory in the Group 2 Hollindale Stakes over 1800m at the Gold Coast, so the trip should be no concern on the weekend.

Zaaki returned to action with a dominant win in the Tramway Stakes (1400m) at Randwick on September 4, so he should be rock-hard fit ahead of his second-up task.

The final field for the Underwood Stakes will be announced on Wednesday morning.