Alizee Returns A Winner At Randwick 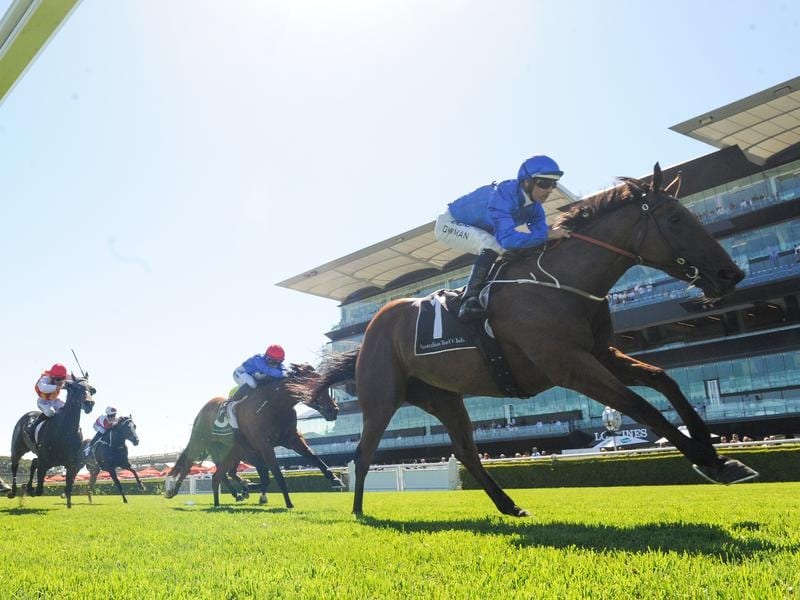 The much-anticipated return of Alizee has gone exactly to plan with the mare exhibiting her class in the Listed Christmas Classic at Randwick.

A dual Group One winner as a three-year-old, Alizee missed the spring when she had to serve a mandatory ban for a bleeding attack she suffered at trackwork.

Trainer James Cummings and the Godolphin team have worked hard to get Alizee back for a short summer campaign with a view to the autumn.

My Favorite ($17) led early with Fell Swoop taking over before the home turn while Hugh Bowman started to ease forward on Alizee.

As the field straightened for the dash to the line, the result was apparent with every stride Alizee took and she went to the post 1-1/2 lengths ahead of Husson Eagle ($18) with Fell Swoop another 1-1/4 lengths third.

“It felt as impressive as it looked,” Bowman said.

“I had to make use of her to tack on to them.

“Having settled where she was comfortable, I had to make a decision mid-race. I would have just loved to sit back but I had to get a bit closer.

“That is where you saw her class.

“It would have looked good to the eye from the 300 metres but for me the ability to tack on and make up four lengths with ease and then be able to sprint off that was the best thing.

“That was the telling point.”

Cummings said he obviously wanted to see how she returned before revealing autumn goals, but the $5 million All Star Mile at Flemington was among the options.

“We will sit down as a team in the next week and discuss which horses are going where.

“The A plan was for her to win about four Group One races in the spring but that was shot to pieces before she even ran.

“She will be on a path to the Expressway (Feb 2) next and then we will see.”