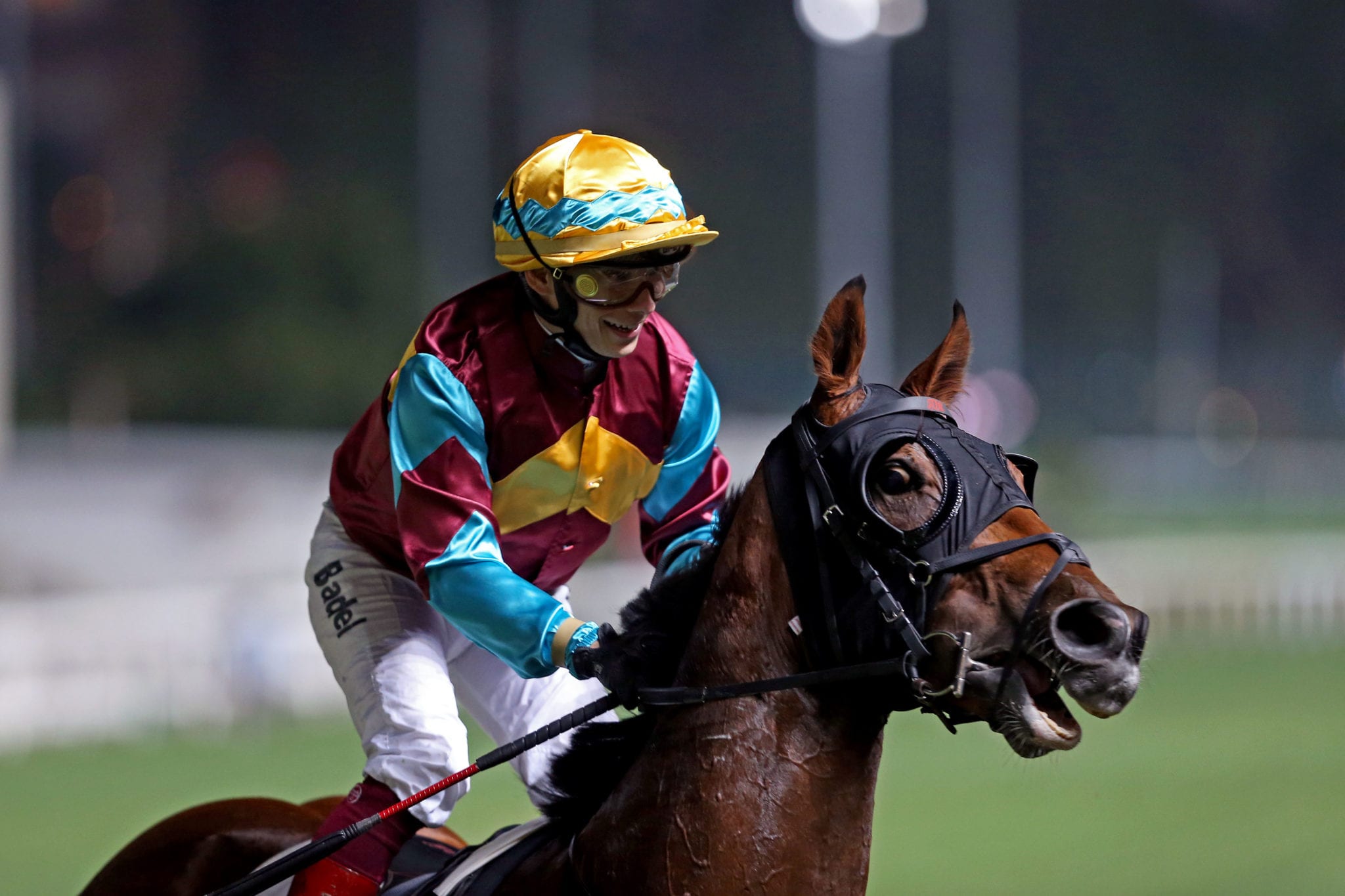 Alexis Badel bossed the mid-portion of the Boxing Day card at Happy Valley last night (Wednesday, 26 December) with a treble that featured a couple of perhaps notable firsts.

The Frenchman had not scored for either the powerful John Size stable or the increasingly influential Francis Lui yard before tonight, but remedied that in races three and four before going on to notch a hat-trick in the evening’s fifth contest aboard the Douglas Whyte-trained Victory Power.

“They are three good trainers and when you jump on a good horse the job is even easier,” Badel said. “Tonight, I had good chances of course and I’m happy it worked for me and for the connections who gave me the chance.”

Badel has now teamed with Whyte for four wins and the first-season handler was pleased with his jockey’s execution in the hat-trick-sealing Class 4 Tsing Lung Tau Handicap (1200m).

“I’ve ridden against Alexis and I’ve seen his assets: he’s got a lovely pair of hands on him and once a horse gets rolling, they tend to keep rolling; he’s got a nice rhythm,” Whyte said.

“He rode the horse last time (when third) and a lot of people were critical of his ride. I didn’t think it was the best ride but I was happy with the ride. What was beneficial out of that was that we both learned something: when we got gate nine tonight we decided we were going to be positive, not rush him forward but stay wide – he’s a horse that needs to get going and he needs to stay out of trouble.

“Alexis rode a 10 out of 10 race, being three wide no cover,” Whyte continued. “You wouldn’t say that often but it was a nice ride, he got him going at the right time and he kept him rolling.”

Badel was outwardly modest about his festive treble.

“Happy Valley is a special track, even if you have a good gate, good horses, there is still always pressure on your shoulders, so I try to ride each horse to its abilities and adapt to the pace of the race.”

That approach was evident in both of Badel’s earlier wins.

The Frenchman fired Dor Dor along an inside alley to foil the centre-track charge of race favourite Winning Endeavour and earn his first win for champion trainer John Size in section two of the Class 4 Tsing Yi Handicap (1650m).

And he produced a ride of cool intelligence one race later, section one of the Tsing Yi Handicap (1650m), bagging a first win for the Francis Lui stable. Badel made a decisive mid-race advance atop Management Star, working wide to lead turning in and then driving his mount to a three-quarter-length score.

Badel was not alone in striking three times on the night. Grant van Niekerk nailed a treble in the last when the Danny Shum-trained Winning Method made just about all to win the Class 3 Kap Shui Mun Handicap (1200m).

The South African went almost a month without a win before hitting the mark again at Sha Tin last Saturday.

“My suspension just stopped my momentum and when that happens you don’t really get your rides back but I’m glad I’m getting good support again,” he said.

“If you get your chance here you have to make the most of what you get and do your best. It’s hard to keep your rides here and it’s very hard to get a winner on the day so to get three, I’m very happy.”

Earlier, Clement Legend once again exhibited his liking for 2200m around Happy Valley and Van Niekerk benefitted. The game Shum-trained five-year-old dug deep to bag his fourth career win at the course and distance in the Class 3 Shan Tseng Handicap.

The Peter Ho-trained Magnificent put daylight on his rivals in the Class 3 Ma Wan Handicap (1650m), streaking down the home stretch to give champion jockey Zac Purton his 44th win in his pursuit of premiership leader Joao Moreira.