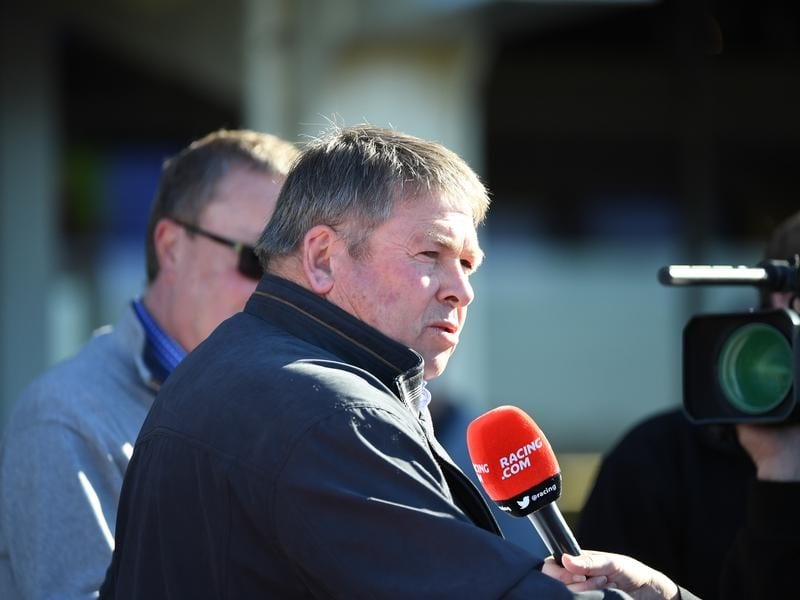 Trainer Pat Carey has high hopes for Alexandria who will continue her race day education against her own age and sex at Sandown.

Alexandria scored an impressive debut victory at Bendigo last month and will line up for her second start in Wednesday’s Ladbrokes Handicap (1600m).

It’s the same distance she won over at Bendigo and Carey is mindful of keeping the filly on roomier lay-outs.

And as at Bendigo, Alexandria will have only five opponents.

“She’s a staying bred filly and was taken to Bendigo to get on a big spacious track so we could get a good look at her,” Carey said.

“It was an encouraging win and it’s a similar situation at Sandown on Wednesday where she’ll run on a big track against a small field.

“It’s a benchmark 64 in fillies grade so it’s natural progression.”

Carey believes Alexandria will continue to improve with experience and is already thinking long term.

He says she is a natural stayer and he has the Australian Oaks at Randwick in the autumn as a target.

“You would think she might be steered towards an Oaks campaign,” Carey said.

“There was no pressure on her to run well on debut. It was about teaching her to race and let that natural progression bring her on.

“For now we’ll keep her on those big tracks and keep on teaching her.”

Unfortunately Carey’s apprentice, Jack Martin, who rode Alexandria to win on debut, has been forced to give up the ride at Sandown following a track work fall at Mornington on Tuesday.

Martin is in Melbourne’s Alfred Hospital where he is under observation for concussion symptoms while scans have revealed soft tissue damage but no fracture to a shoulder.

“It’s disappointing for a boy who has been going really well,” Carey said.

“He’d been on an upward spiral and he’s an important part of our stable.”

Martin landed his biggest winner in October when successful on Moss ‘N’ Dale in the Group Three Craven Plate at Randwick.