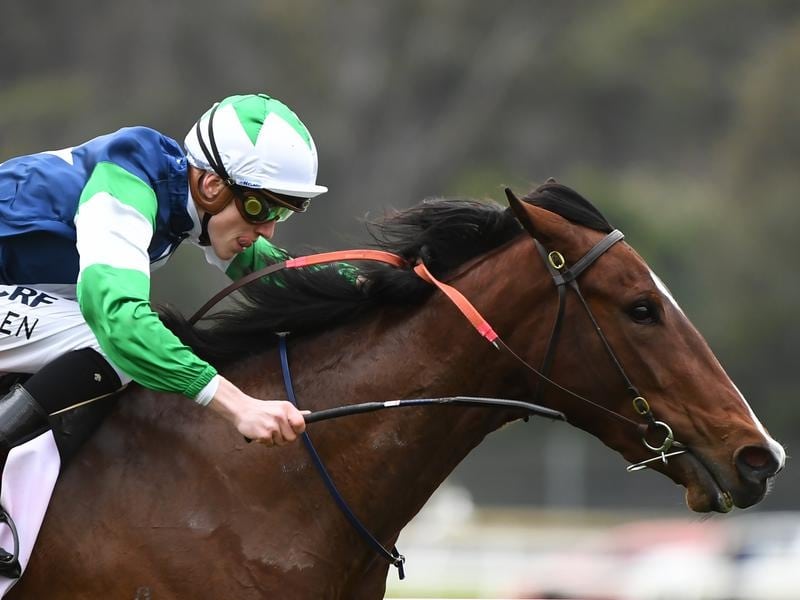 Alexandra Dreaming has justified the decision of her trainer to pay a late entry fee for the Thousand Guineas with an impressive debut win at Sandown.

The Henry Dwyer-trained filly wasn’t among nominations for the Group One race when they closed on August 7, but connections decided to take a punt, outlaying $1100 to get her in the field a week later.

There is still water to go under the bridge from Wednesday’s MRC Foundation Handicap success to October’s Group One feature, but Dwyer has always held the filly in high regard.

Alexandra Dreaming ($31) got under the guard of punters defeating fellow debutant Sequitur ($17) by 1-3/4 lengths with Green Ivy ($7) two lengths away third.

“We’ve always had a good opinion of her but through one thing or another she’s had a few little setbacks,” Dwyer said.

“We’ve only been able to get two soft jump-outs into her.

“The last time she pinged the gates but didn’t have anything go with her and put her under pressure.

“She wasn’t named when the nominations came out but I didn’t want to get to the Guineas and not have her in it, so I paid the $1100 and hopefully we’ll push towards it.”

Dwyer hasn’t worked out his plan to get to the Thousand Guineas adding he will need to boost her rating to get into the appropriate races.

“The plan was today and then look at Group races,” Dwyer said.

“Maybe the Jim Moloney at Caulfield, a 1400m Listed race in three or four weeks might be a suitable race on her way to a mile which I think she’ll get no worries.”

Winning jockey Ben Allen was impressed with the filly, saying she is above average.

“She does a lot right and put them away quite easily. I think there’s some nice races for her,” he said.

Allen incurred a seven-meeting careless riding suspension on the filly after shifting in on the Dwayne Dunn-ridden Sequitur near the 100m.

He rides at Moonee Valley on Saturday and Cranbourne on Sunday before starting his ban, returning on September 3.