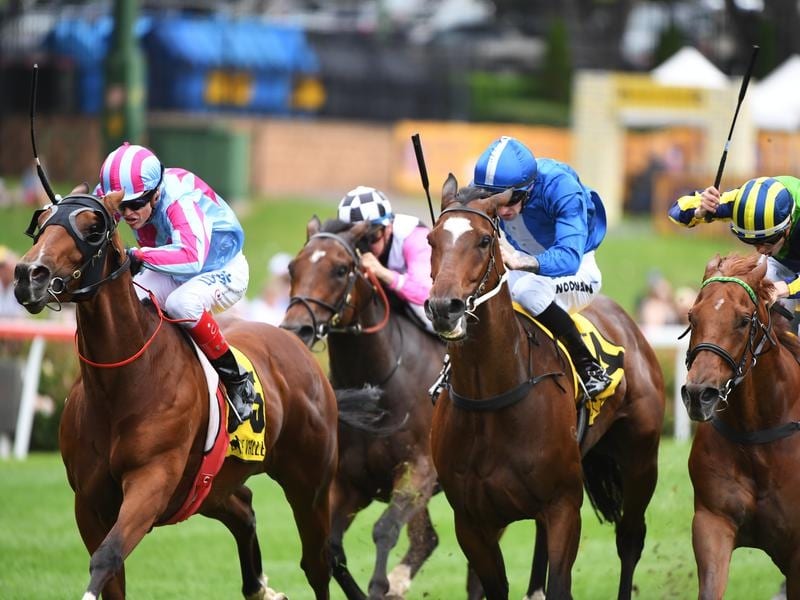 Al Galayel is making the right steps with one of his co-trainers confident the imported galloper will win a nice race one day.

Al Galayel was a two-time winner in Europe before being purchased by Maher and was successful at his Australian debut at Sandown in June.

Saturday’s victory was his fourth in nine starts since that Sandown success.

Eustace said Al Galayel has the potential to step up further than the 2040m he was successful over on Saturday.

“There’s a nice race in him,” Eustace said.

“We were only having a chat about that during the week, but we didn’t come to a conclusion.

“Now that he looks like he’s getting beyond open company we’ll look and have a think about where that will be but the way he switches off he should get a mile-and-a-half.

“He’s not dropping any weight between races so we might press on.

“He spends a lot of time at the beach and doesn’t do a lot of galloping between runs and we’ve finally worked him out.”

Ridden by Craig Williams, Al Galayel was sent off the $2.70 favourite in scoring a half-length win from Masculino ($3.10) with Strike Force ($41) a neck away third.