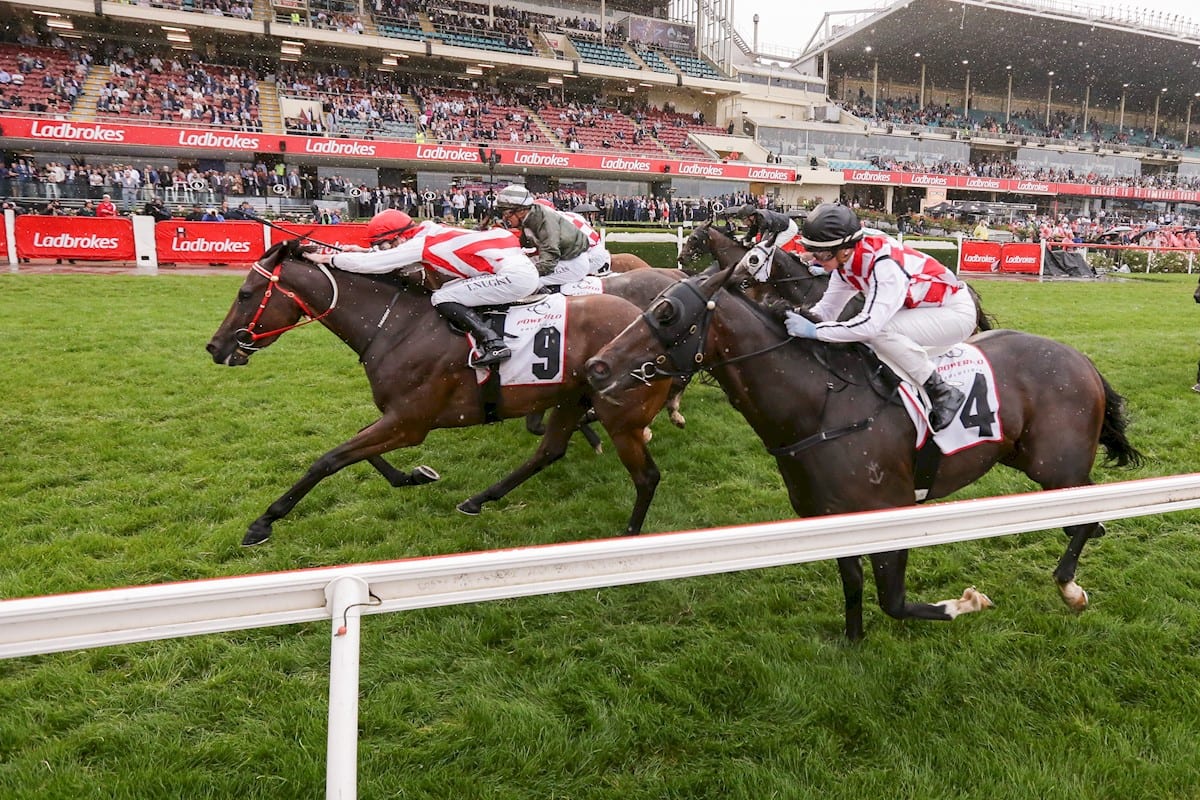 Shane Fliedner had a plan that paid off handsomely when Air Defence was successful at The Valley, but now the trainer is hoping for more conventional methods in the Listed Bendigo Guineas (1400m) on Saturday.

Air Defence took out the VOBIS Gold Reef (1600m) at The Valley on March 13, collecting a $131,000 first prize cheque, in daring tactics, but Fliedner says those tactics will not be employed on Saturday.

Fliedner instructed jockey Teodore Nugent to mark the 200m mark the winning post at The Valley to take the sprint out of the Gai Waterhouse and Adrian Bott-trained Narvaez, a tactic that worked to perfection.

“I said when you get to the 500 (metres), make the 200 the winning post, because it will be Gai Waterhouse’s horse in front and if you leave it alone it will keep going and be winning,” Fliedner said.

“The only way we can pinch some good stake money is if you do that, but if it doesn’t work, we had a try.

He said Air Defence was timid inside horses, but he wants the gelding to learn to race behind horses saying it would aid the three-year-old in his shot at the Caulfield race.

So, with the drop in trip, Fliedner has applied blinkers to Air Defence’s gear on Saturday.

“I’ve changed some gear and I think I might have found a few lengths,” Fliedner said.

“I think he’s a chance on Saturday in a much stronger race than last time.”