Agonising Defeat For Marmelo In France 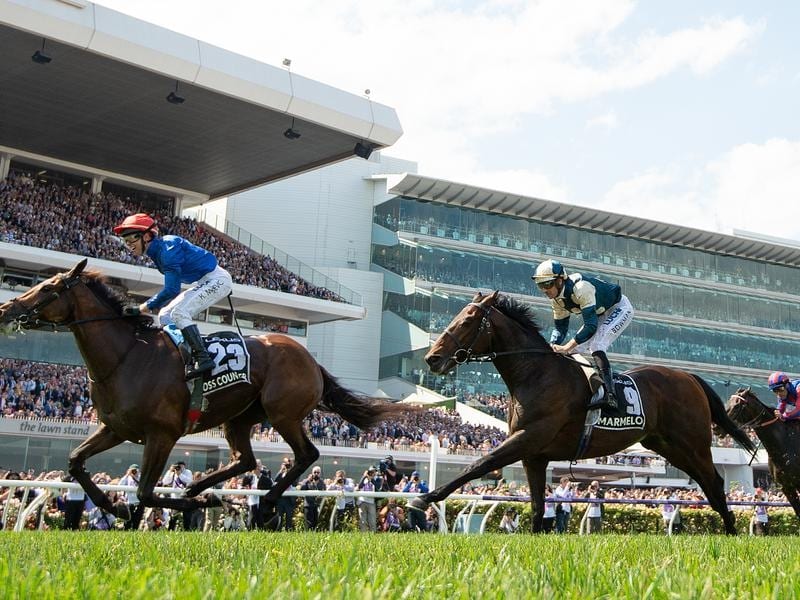 Melbourne Cup runner-up Marmelo has failed narrowly to win the Prix Maurice de Nieuil for a second time at ParisLongchamp.

To rub salt into the wounds, not only did Marmelo lose in a tight photo-finish to Way To Paris, there was then a lengthy stewards’ inquiry after the winner made a move just out of the home turn which forced Ryan Moore’s mount into the centre of the track – costing him valuable ground.

As Way To Paris quickened to the front, Marmelo began gaining with every stride, but the line came just too soon for the British raider.

Trainer Hughie Morrison immediately lodged a complaint against the winner – but after the result was left unaltered, he took defeat on the chin.

“Ryan came in, and the first thing he said was he got a bump just after turning in – and it cost him the race,” Morrison said.

“We’ve lost so narrowly, and he lost all momentum – it definitely cost him the race. They didn’t say why we hadn’t got it.

Marmelo finished second to the Charlie Appleby-trained Cross Counter in the 2018 Melbourne Cup.

Godolphin trainer Appleby added to his success in France this year when Well Of Wisdom led most of the way in the Listed Prix Roland de Chambure.

The main race of the day, the Group One Grand Prix de Paris went to the Aidan O’Brien-trained Japan.