Aethero wins big as Moore keeps up pressure on Size 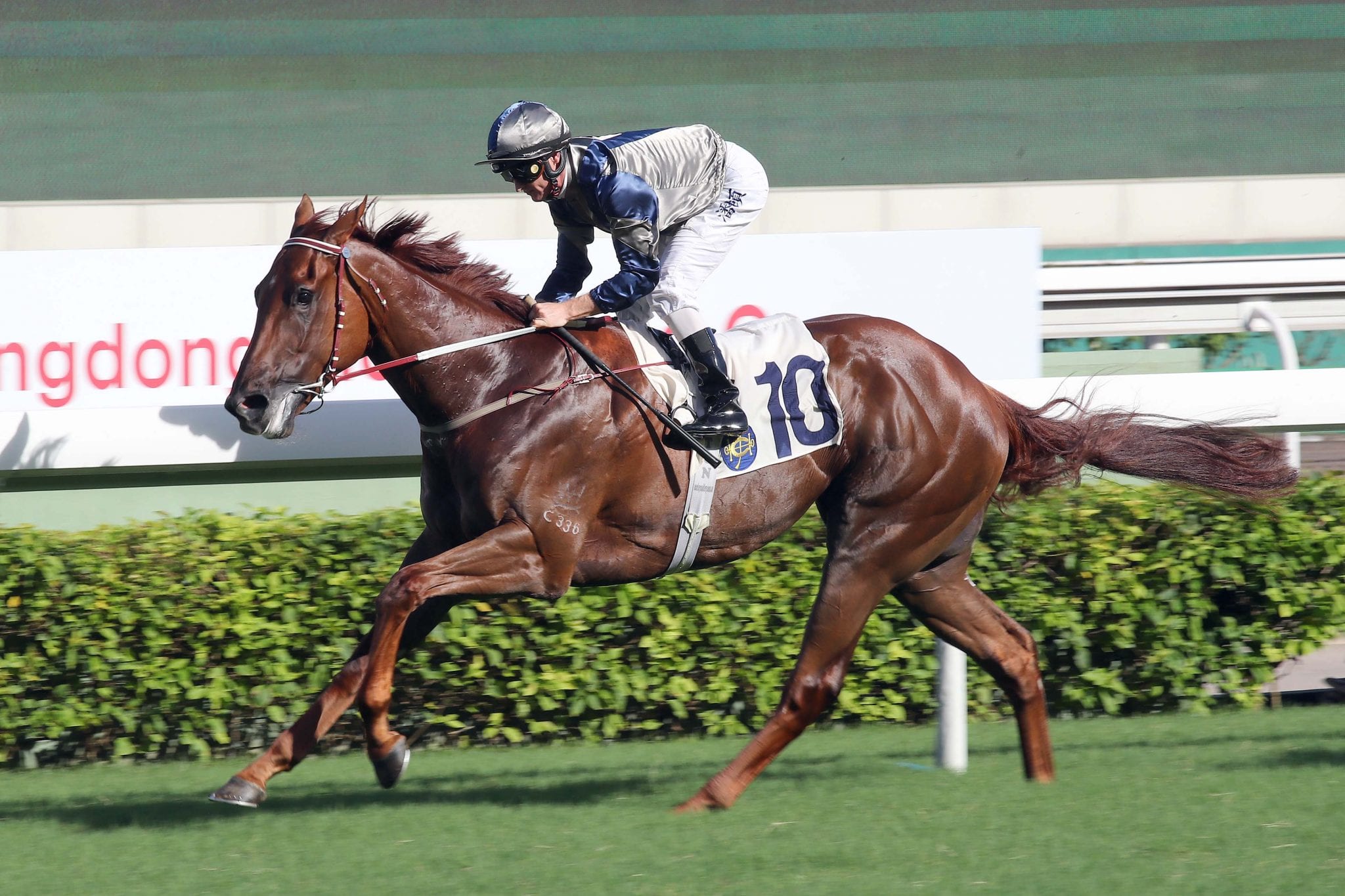 The handler’s much-hyped juvenile faced his most difficult task yet as he stepped out of two easy Griffin race wins and into open handicap company for the first time. But the outcome was the same: the Sebring gelding sped to the lead, made the running, and breezed down the home straight for an eased-down length and three-quarter length score.

“He looks decent, doesn’t he? He did the job today in the fashion that I thought he would,” Moore said of the 1.6 favourite, who stopped the clock in a class record 1m 08.32s.

“Three runs next season to get him into the 100-range before we get to the Hong Kong Sprint, that would be the ultimate target. I’m getting ahead of myself a bit but I believe he’s definitely the sort of horse that could be the likely type to make it.”

Moore noted that his charge is “not the finished product” but was firm in his conviction that he has what it takes to progress physically and mentally in time for the December showpiece.

“With the boys who will be on him of a morning and the ‘TLC’ and so forth, by the time he gets to December he’ll be focused, he’ll be the finished product – he’s just got to convert the goal,” he said.

“He has the makings of one of Hong Kong’s top sprinters, the way he went there. I know he didn’t beat very much but he’s only a two-year-old, he’s in open company so to do it as comfortably as that is really pleasing.”

It is uncommon to see two-year-olds defeating their elders in Class 3 at such an early juncture. Group 1 Al Quoz Sprint hero Amber Sky, in recent times, is the most notable and that straight track bullet also achieved the distinction at his third start, ending his debut season rated 82.

Zac Purton was pleased with Aethero’s performance and shared the trainer’s view that there is certainly more to look forward to from the chestnut, who is a half-brother to the Australian Group 2 winner Classique Legend.

“He wasn’t the quickest to hit the ground but once he balances up he’s got a lot of speed early,” the rider said. “His race brain is not quite there yet, he still does a bit wrong, when you let him down his legs sort of go everywhere so that’s a good sign that he can find improvement.

“He’s obviously an exciting horse and he’s done what I thought he would.”

Moore and Purton also teamed successfully with Buddies in the Class 3 Guangdong-Hong Kong Cup Handicap (1650m, dirt) and Classic Beauty in the Class 3 Sportsmanship Handicap (2000m). That treble kept alive Moore’s dream of an eighth champion trainer title as it moved him on to 71 wins for the season, three behind premiership leader John Size.

Purton ended the day with a four-timer after the Caspar Fownes-trained newcomer Winning Delight lifted late to win the finale, the Class 3 Better Future Handicap (1400m). The 50/1 shot took his rider’s running total for the season to 156 and put him 14 behind Joao Moreira’s single season record of 170 wins with four meetings to go.