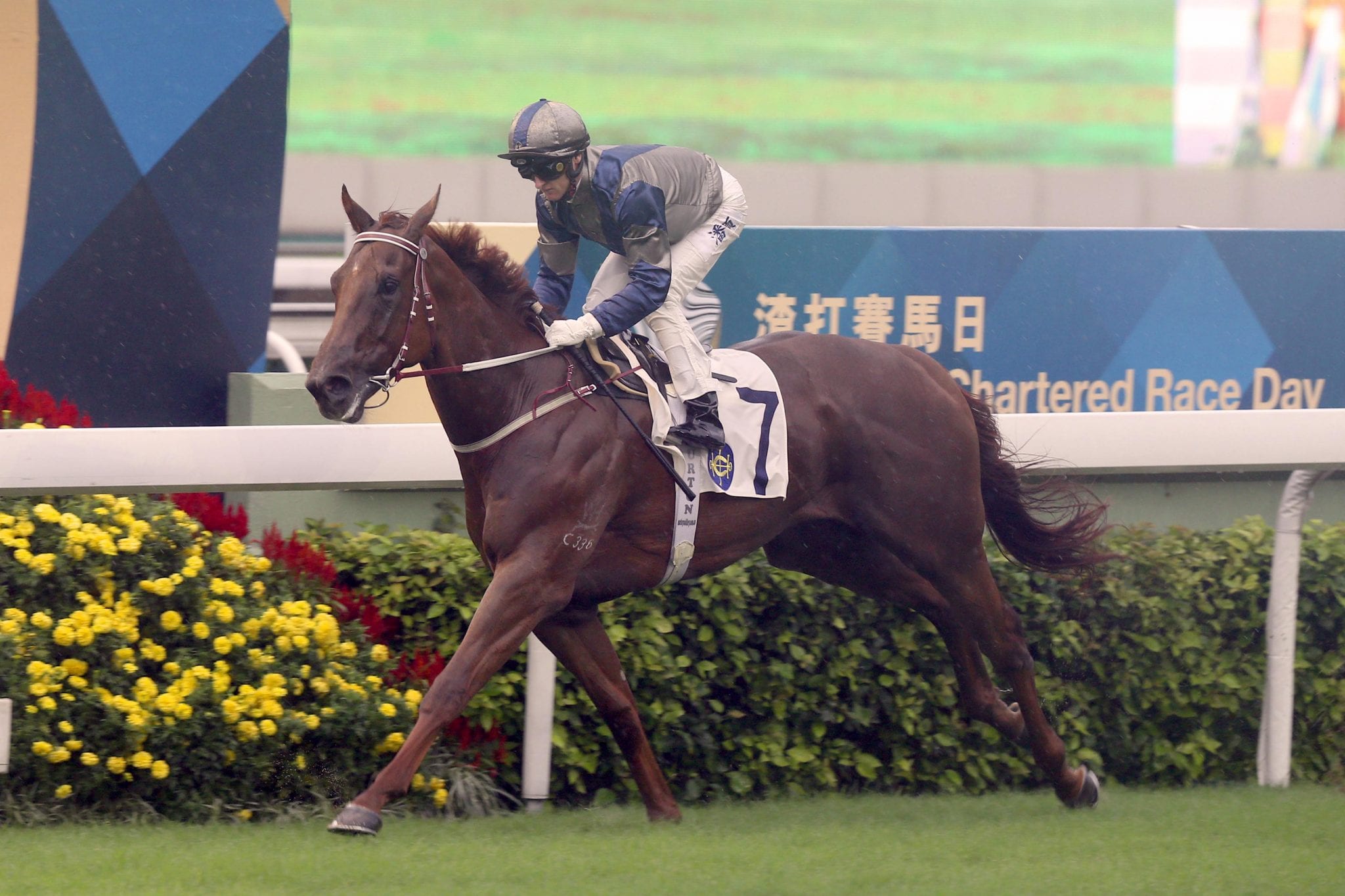 John Moore has Zac Purton’s services for arguably the most exciting of all of Hong Kong’s young guns, the unbeaten two-year-old Aethero (123lb), who steps up to handicap company for the first time in the Class 3 Riding High Together Handicap (1200m) at Sha Tin on Monday (1 July).

“We’ll get to see what he’s made of this time, he hasn’t been under any pressure yet – pressure is what separates the good ones from the average ones and he’s definitely going to have to do it the tough way this time, so we’ll get a better guide on where he’s at,” Purton said.

Aethero has handled his opponents in Griffin races with ease, scoring by a commanding three and a quarter lengths eased down last time at the course and distance.

“He’s a real serious racehorse and the makings of a Group horse for next season,” Moore said

The seven-time champion trainer drew comparisons to when Styling City stepped up to handicap company for the first time around this time last season, following two impressive wins in Griffin races.

“From what he has shown me so far, Aethero’s seriously talented,” he said. “I don’t see the gate (14) being a hindrance even though he’s a two-year-old in open company. I remember when Styling City went out of the Griffin ranks, he went straight to the front and capitulated when the pressure came, however this is a much better horse than Styling City if we’re making a comparison.”

Moore currently sits second with 68 wins, 6 wins behind John Size on 74 in the race for the trainers’ premiership and is looking forward to the challenge as he attempts to secure his eighth title.

“We have a great lineup of horses, from my point of view there are six chances and there are four that could be close to favourite in their races,” Moore said.

Moore’s last 13 wins have all come at Sha Tin from a total 31 starters at the track and on Monday the master handler will saddle 14 runners.

“It’s a big day, it’s a telling factor because we only have five meetings left, I would have to win three or four on Monday,” he said.

“The final two Sha Tin meetings are going to be big days again; the first of those won’t be as strong as the final day (14 July) because you’ll see Thanks Forever come out again in the 1400-metre race on the last day.

“They’re still fresh, they’re not at the end of their campaigns, they have still have plenty left in the tank,” he added.