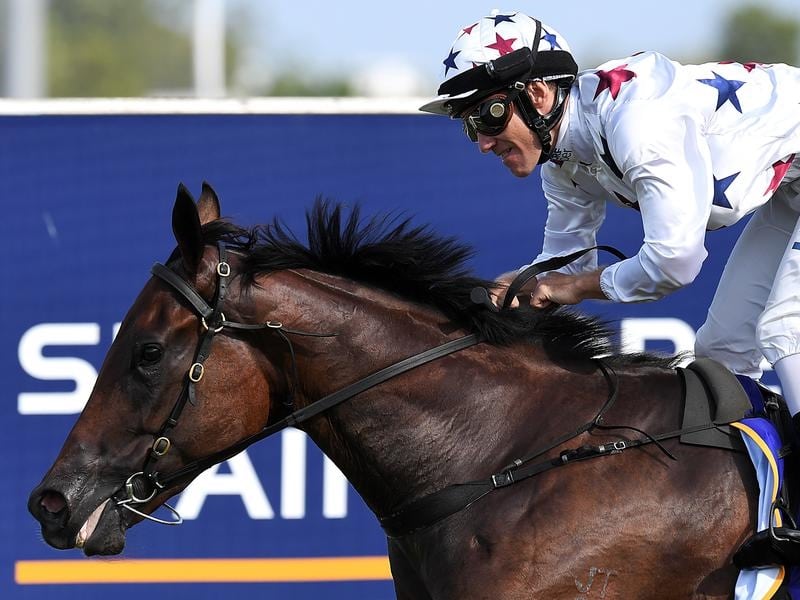 Adelaide race fans could get an opportunity to see star filly Sunlight in action before her juvenile season is over.

Sunlight has raced seven times this season for five wins including the $2 million Magic Millions Classic at the Gold Coast in January as well as the Silver Slipper and Magic Night Stakes in Sydney.

The Tony McEvoy-trained two-year-old’s autumn preparation culminated in third place in the Golden Slipper and she is back preparing for her return.

The Quezette Stakes had been pinpointed as a likely return at Caulfield in August but McEvoy, who operates stables in South Australia and Victoria, is also considering the Listed Lightning Stakes (1050m) in Adelaide on the final weekend of July.

The Lightning Stakes is for two and three-year-olds.

“Sunlight had another little gallop (on Saturday morning) and she was fabulous,” McEvoy said.

“She’s getting closer to a return.

“There’s a race at the end of July in Adelaide called The Lightning.

“Because she’s such a gross filly, before the Quezette if she needs a hit-out I might run her in that race in Adelaide.

“That would be good for Adelaide.”

Sunlight is expected to be aimed at sprint races in Melbourne during the spring.