Ace High On Target For Cups After Wfa Win 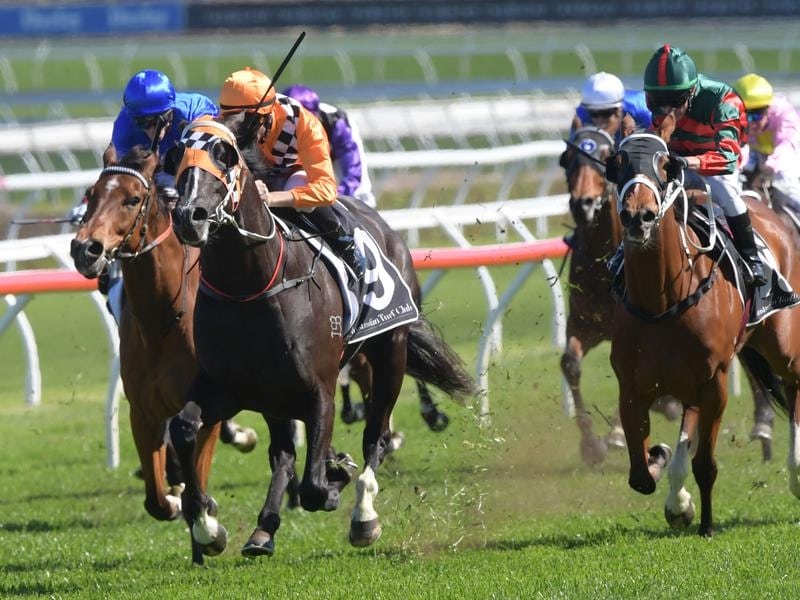 A strong win in the Hill Stakes at Randwick has reigning Victoria Derby winner Ace High on target for the big spring Cups in Melbourne.

The David Payne-trained stayer relished getting out to 2000m for the first time this spring in Saturday’s Group Two weight-for-age race, drawing clear in the final 100m win by two lengths.

“The Caulfield Cup is his next start and then the Melbourne Cup.

“I was very impressed today. He’s on target now. We’ve been waiting for the 2000 metres.”

Hugh Bowman made a mid-race move on Who Shot Thebarman to take up the running and at that stage Tye Angland was able to angle off the fence to have Ace High ($3) in clear running.

He built into the race nicely from there before striding to the front at the 200m.

“He was coming away from them. It was a good effort and he even surprised me,” Payne said.

“I think he’s at his top now so we’ll just keep him ticking over.”

Along with his Victoria Derby win at Flemington last spring, Ace High also won the Spring Champion Stakes (2000m) at Group One level while he was beaten in a photo finish to the ATC Australian Derby (2400m) during this year’s autumn carnival.